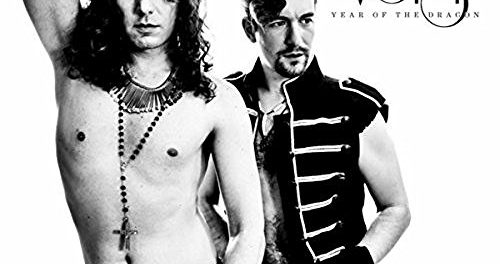 Von Voigt describe themselves as follows in their Facebook bio (with slight edit):

“At a time when too many bands are busy churning out dirges filled with as many banjo riffs as possible, Von Voigt delivers hook-infested compositions with aplomb, treating every show like it’s the third incarnation of Live Aid.

Formed in 2014, the band unites 4 extra-ordinary gentlemen who crossed oceans to join forces in New York City, capital of the world and cesspool of lost souls.

Fronting the outfit, chief song-writer, singer and keyboard player Tommy Von Voigt dishes out the hooks like a space-age David Lee Roth returning from his trip to Jupiter.

Guitar duties are overseen by Euro-Latino Nick Ruibal, who handles his six-string mistress like it’s the last New Years Eve before a South-Beach apocalypse.

The rhythm section is cemented by bassist Enrique Mancia, whose musical CV reads like a Wall Street escort-girl’s little black book. He is backed by tsunami-drummer Ryo Tanaka.

Von Voigt channels the golden-age of rock, delivering the gospel with stories of mayhem and sonic salvation through the almighty hook. Their choruses stick to you like a hangover in the morning after the night you spent with a dozen supermodels in Bali.

Von Voigt is turning every live performance into an event, because… 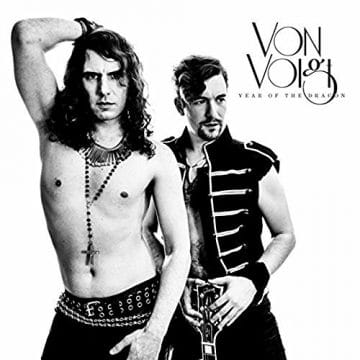 The group lists Queen, AC/DC and Van Halen as influences.

Von Voigt performing “Year Of The Dragon” live at The Bitter End in New York, NY, USA on September 27, 2016:

Von Voigt – Year of the Dragon – Live @The Bitter End

Von Voigt – Year of the Dragon – Live @The Bitter EndSaturday 27th September 2014Captured by Steven ESLike us on: www.facebook.com/vonvoigtnycTweet with us a…