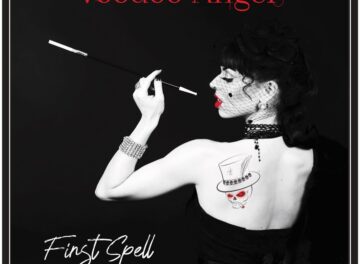 French rockers Voodoo Angel consisting of lead vocalist Jean-Luc Rumèbe, bassist Jim Red, drummer Thomas Feuga and lead guitarist Christophe Mouynet have unveiled a video for their new single “Crazy” from their debut album First Spell, which was released back on June 3, 2022 and can be purchased via Sleaszy Rider Records. 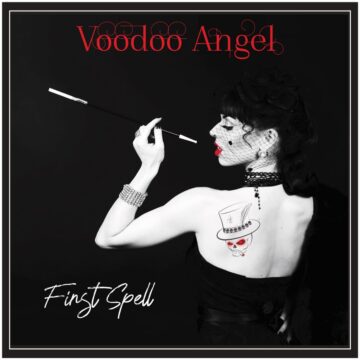 Speaking to Sleaze Roxx earlier this month, Rumèbe indicated: “For this video clip production, we strived for a more original artistic direction this time. The theme of this song evokes the collision between past and present, time and space, dreams verses reality!  Therefore we steered away from a stark band scenario, bringing together thought, mind and body into a combined vibe. The collision of images was therefore essential: the same scene, with two distinct images rubbing shoulders, two artistic performances joined through music. Giving birth to the idea of an original choreography associated with the rehearsal of a rock band.

Maeva Gustiez, a professional artist, was given ‘carte blanche’ to express the music, and improvised an exceptional interpretation, mixing classical and contemporary dance to stunning effect. The video owes a lot to her delivery, both technically and the creative performance. We can’t dance! but [guitarist] Chris [Mouynet] undeterred, tried a few moves in boxers and socks, reminiscent of both Nureyev and David Lee Roth coming out of a boozy evening at Lemmy’s! But that, we solemnly promise you, we keep it for the next video or maybe Halloween!”