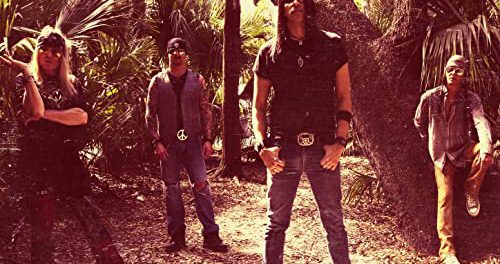 Voodoo Moonshine release new single “What A Way To Go”

Florida, USA rockers Voodoo Moonshine have released a new single titled “What A Way To Go.” 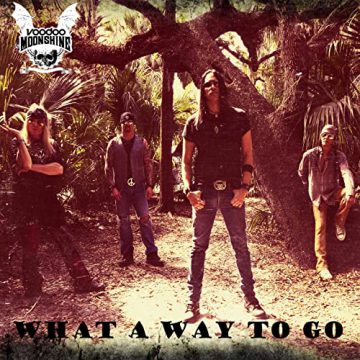 “Voodoo Moonshine was formed in Memphis, Tennessee, USA in 2003 by lead guitarist, Jeff Losawyer. The debut album, Decade of Decay, was released in March 2005, and was well received throughout Europe. A tour was booked, including shows in England, Ireland, and Scotland. Due to the album’s success they were voted “Number One Band” seven times in England, and six times in Japan. In mid 2005, Voodoo Moonshine was introduced in Dublin, Ireland and quickly became one of the top three requested bands there.

Their debut received rave reviews in many music publications including R.I.P. Magazine. 2006 saw the band’s popularity continue to rise, and rock radio around the world stood up and took notice. Voodoo Moonshine could be heard in Portugal, Greece, Canada and of course, at home in America. Many times during the year, the band’s songs charted ahead of some of rock’s so-called heavy hitters.

The album Decade of Decay continued to do extremely well deep into 2007, more than two full years after its release. As the year wound down, the band took some much needed, and well deserved, time off. This eventually led to guitarist Jeff Losawyer‘s work on a solo album. Jeff continued to write music during this time, and never gave up his passion to play. Fast forward, and suddenly 12 years had passed. Interestingly enough, he heard Pedro Espada singing in a YouTube video and really liked what he heard. He took a chance and reached out to Pedro to see if he would be interested in singing some of his songs. Initially he didn’t receive a very warm response. As a matter of fact, he was mostly ignored, but he knew he had found the right man for the job, so he was persistent. His persistence paid off and Jeff was invited to Daytona Beach Bike Week 2018 to jam with Pedro and his bandmates of Rockitfly. Needless to say, things went well and the guys ended up merging together to bring back Voodoo Moonshine.

Joining Pedro Espada on vocals and Jeff Losawyer on guitars are Jeffrey Laroche (ex-Rockitfly) on guitar, Tommy Ray Neeley (ex-Rockitfly) on bass, and Eddie Cruise (ex-Nova Rex) rounds out the rhythm section. The future of Voodoo Moonshine looks extremely bright, they are set to release a full length recording later in the year. There is a lot of talk for what the future has in store for Voodoo Moonshine. Stay tuned…”

Voodoo Moonshine‘s “What A Way To Go” single:

What a Way To go – Pre-release