Irish newcomers W.A.L.K.E.R have released their debut video for their song “Time To Party.” 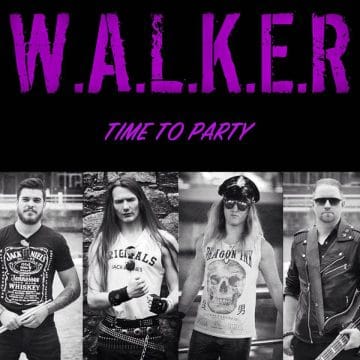 The group released the track “Time To Party” back on June 1, 2017 and posted the following message in that regard on its Facebook page on May 14, 2017 (with slight edit):

“ANNOUNCEMENT !!!
W.A.L.K.E.R are proud to announce that our debut single ‘Time To Party’ out June 1st (iTunes & Amazon) has been mixed by none other than famous producer Michael Wagener. If you like rock music then you’ve heard Michael‘s work. He’s worked with bands from Queen to Metallica and now he’s worked with us !. This is a dream come true and we can’t wait for you to hear the finished product. It’s Time To Party !!!”

W.A.L.K.E.R consist of Glen Walker on vocals and guitar, Kelan Hughes on guitar, Peter Jordan on bass and Ali Cruz on drums.

Thank you to The New Wave of Hair Metal for turning Sleaze Roxx onto the Irish rockers.