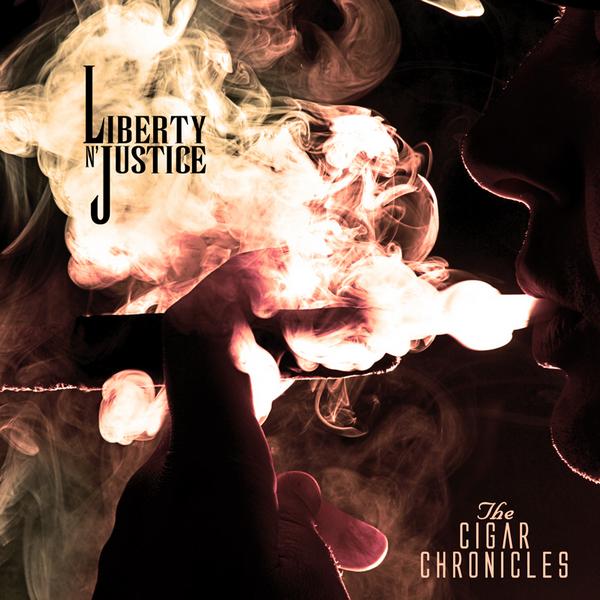 Liberty N’ Justice,the melodic rockers with a message, are unveiling a little more info on their upcoming release, “The Cigar Chronicles”. This will be LNJ’s 9th studio album and 5th All-Star project.

The concept is pretty simple, get high profiled singers to sing the songs from highly competent song writers. The leader of LNJ, Justin Murr goes on to say, “With “TCC” we wanted everything bigger and louder! The album features big guitars, big hooks, big vocals, and the thing that makes a LNJ project…Big Names! This is the most commercial sounding record we have ever released and I promise this record rocks!!”

The project is being produced by Vic Rivera , Steve Brown of Trixter , Mike Layne, and Stephen Chesney. The album artwork was done by Rex Zachary who previously did LNJ’s “Independence Day” cover. The album has a late fall of 09′ projected release date. The track listing is as follows with the addition of announcing two of the tracks guest performers, Dale & Troy Thompson of Bride on the song “Bastard” and Marq Torien (Bulletboys) with Chris Holmes (WASP) on the track “Drunk Dead Gorgeous”.

Every month till then LNJ will release more “guest artists”and more info!