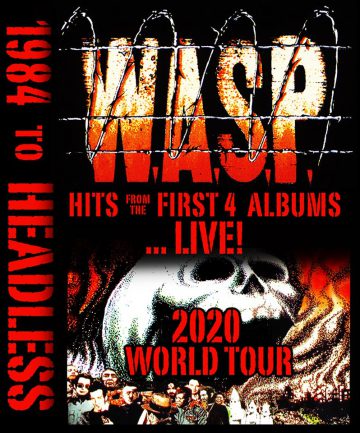 The 1st Self-titled Album, that in some countries was called ‘Winged Assassins‘, featuring songs from that now classic record, ‘I Wanna Be Somebody’ and ‘L.O.V.E. Machine’, to the 2nd Album: “The Last Command“, along with “Inside the Electric Circus“, to the iconic Masterpiece, “The Headless Children“.

These hits from the first 4 Albums have never been performed together, “LIVE”, as they will be in this most special show, and will NEVER BE REPEATED EVER AGAIN!!

More dates to be added soon!

For tickets to the shows, go to each concert even or go to our official website: http://www.waspnation.com“