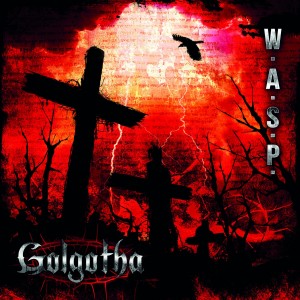 About two weeks after releasing the first single “Last Runaway” from their soon to be released new album Golgotha, W.A.S.P. just released today another lyric video, this time for the song “Scream” which premiered on Blabbermouth.net.

W.A.S.P. frontman Blackie Lawless commented on “Scream” as follows: “Scream” was the track we felt really opened the album with the kick we were looking for. The animation on the video is outstanding and truly takes you on a trip. ‘Your gonna cry if you want me, Your gonna lie if you love me!!! It’s enough to make you wanna “Scream’!!!”

Golgotha is scheduled to be released on Napalm Records on October 9, 2015.