W.E.T. unveil video for new single “Got To Be About Love”

Melodic rockers W.E.T. featuring the original line-up of lead vocalist Jeff Scott Soto (Talisman), guitarist Erik Mårtensson (Eclipse) and keyboardist Robert Säll (Work of Art) have released a video for their new single “Got To Be About Love” from their upcoming new studio album titled Retransmission, which will be available via Frontiers Music Srl on January 22, 2021. 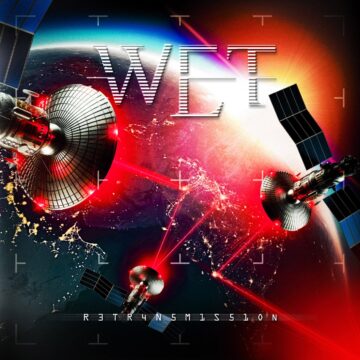 Sleaze Roxx stated the following in its review of W.E.T.‘s previous studio album Earthrage: “As far as the performances on the album, Earthrage is executed flawlessly. It starts with [Jeff Scott] Soto‘s amazing voice. The man can seemingly sing anything and has the almost perfect melodic rock voice in my mind given that he still has a bit of grit to his voice despite sounding well, quite melodic. The guitar work from Mårtensson and his Eclipse bandmate Magnus Henriksson is solid and complements the songs rather than overshadow them. If the duo didn’t play such melodic songs, they would likely be considered one of the great guitar tandems of the last decade. Säll‘s keyboards are well played and thankfully tend not to overshadow too much the guitars on this album. Finally, former Eclipse drummer Robban Bäck provides a solid foundation for the songs. I love how some of the past and present Eclipse members seem to always find their way to working with each other on various projects even when some have left the Eclipse band many years prior.”