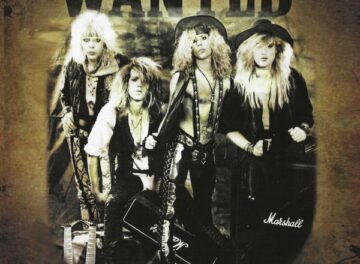 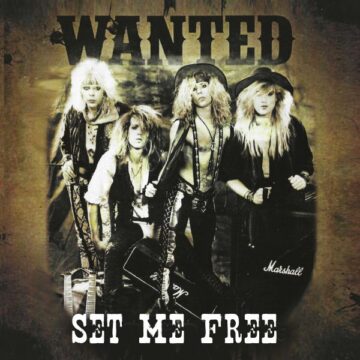 “WANTED…Wants You!” read the flyers posted up and down the strip on Sunset Blvd. And that’s what WANTED got. Fans flocked in droves every time WANTED had a show. Why? Because with WANTED, the fan didn’t get the same old stale, over-rehearsed show that some of their counterparts had become accustomed to. It was all about improvisation, living in the moment, and making the most out of each of those moments. WANTED never took anything for granted and lived life on the strip to the fullest…and then some!

WANTED started in 1988, when long-time friends Kenny James and Jeffrey Lane picked up and relocated from South Florida to the streets of L.A. Friends for nearly a decade, Kenny and Jeffrey found themselves clear across the country and smack dab in the middle of the glitz n’ glam of Hollywood.  \In fact, they did it Hollywood to the core by grabbing up Motley Crue‘s  legendary old apartment at Clark Street 205 where they kept the party rolling. Where Motley left off, WANTED picked up.  SEX, DRUGS, ROCK n’ ROLL, Girls, Girls, Girls, movie stars, a respectable woman or two and tons of freaking strippers!

WANTED took their craft seriously. Their work ethic was second to none and they didn’t tolerate any lack of dedication, whether it be within their own inner circle or the bands that they would regularly perform with. From the perfected pretty boy look straight down to the denim and leather rock n’ roll garb to well-crafted music that rivaled any of their contemporaries, the band was focused on the prize as they saw all their friends in Poison, Warrant, and L.A. Guns score that coveted recording contract. And as we hear all to often, it (the being signed to a major label) was well within their grasp and then that damn lumberjack wearing Seattle-grunge shit came out of left-field and took over the hearts and minds of those who were to follow Generation X. The next “Big Thing” was taking shape and it surely didn’t include those pretty boy, make-up wearing, big hair bands who actually gave a shit about giving the fans an exciting show to remember….let alone a show at all.

FnA Records is thrilled to re-release Wanted’s Set Me Free album – an album that rivals the successes of many bands on the Streets of Hollywood. Once SOLD OUT, the album has been repressed as a silver bottom CD, with the original artwork. The release is available as a CD or digital download.”