Early ’90s Scandinavian rockers Wanted‘s Over The Top album has been reissued by Demon Doll Records with bonus tracks. 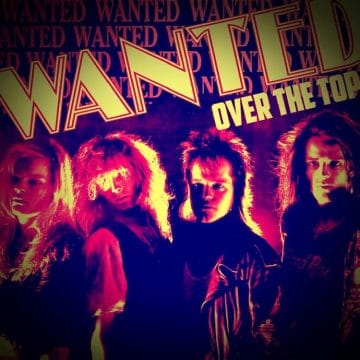 “Demon Doll & Metal Legacy Records are proud to have teamed up with early 90’s Scandinavian hard rockers Wanted to reissue their smokin’ debut album “Over The Top‘!

The title of the album does not do it justice… these guys can flat out play! The guitar work of Eric Piscatella is of the charts and the entire band oozes with the confidence of such hard rock acts as Extreme and early Van Halen.

If you’re in the mood for a little head banging, crank up the heat with the bad boy rockers “Suzie”, “Crucial” and “Long Legs” and feel the temperature rise. The boys also hit the mark with the ballad “Love Me Tonight” as well as the groove infested “Angel”. There is definitely a little bit of everything on this album for every hard rock and hair metal fan to enjoy.

If that were not enough the album includes three bonus tracks that will get the blood pumping highlighted by the killer track “Bad Attitude.”

This is highly recommended listening!

Wanted‘s “Suzie” song (from reissued Over The Top album):