Chicago, Illinois, USA based rockers War Gods of The Deep have released their cover of KISS‘ song “Who Wants To Be Lonely” which first appeared on the album Asylum back in 1985.

Sleaze Roxx stated the following in one of its two reviews of Asylum and in particular the track “Who Wants To Be Lonely”: 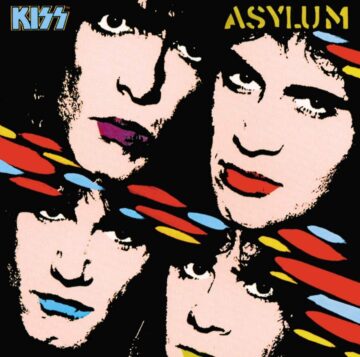 “I remember the “Who Wants To Be Lonely” video, where the band is in front of a swimming pool with stunning girls in the shower area and around the band. Another thing I remember is the bright colorful outfits the band wore during it. These outfits today are considered outrageous and somewhat cheesy to today’s music fans, but it was the 1980s, where everything was bigger and wilder. Paul was wearing a robe that looked like he borrowed from wrestler Ric Flair in the video and gloves like he just cleaned the house with, but flashy was the style.  The song itself lacks Gene on bass as songwriter Jean Beauvoir plays on the track. The chorus is simple, but works here, along with a crunching guitar groove.”

Sleaze Roxx concluded in one of its two reviews: “Many KISS fans want to lump this album against Animalize in debating which of the two is a better release. My personal opinion is this one is overall a better listen. Bruce Kulick has a great official debut in both songwriting credits and playing throughout the record. Kulick‘s best work was yet to come, with his peak being the band’s Revenge album. While Gene was off making movies and producing other bands in Hollywood, putting the KISS company on the backburner, and letting Stanley do the heavy lifting, this is an album that brought many KISS fans to the fold in the 1980s, either leaving when the original line-up broke up, or us fans who were too young to remember the makeup era.

Many point to the production value being a mark against the record — not as strong heard bass playing, and at times over polished songs — but the band proves, with help from Carr‘s wonderful drumming, that Asylum is not a throwaway by any means, and Bruce Kulick more than holds his own being the new guy in the band.”

War Gods of The Deep‘s “Who Wants To Be Lonely” single:

KISS‘ “Who Wants To Be Lonely” video: