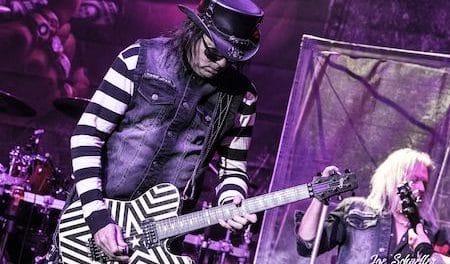 Turner was asked about auditioning or something like that for Megadeth to which he replied (as transcribed by the Chuck Shute Podcast with slight edits): “How the hell do you know that?” 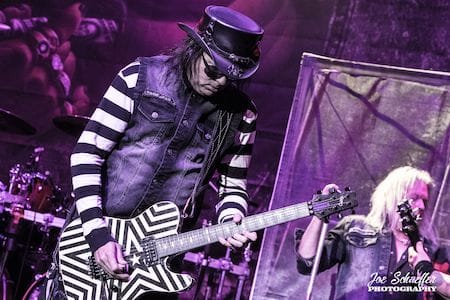 After Shute responded that he does his research, Turner indicated: “Yeah, no, that’s true. When I was 16, there was a paper called “The Recycler” in Orange County, and there was an ad in there. I had never heard of Metallica at the time, but it says ex-Metallica guitarist forming new band Megadeth. And inquire if you’re interested. So I contacted Dave [Mustaine] through the paper, the phone or whatever. And I went down. I think it was Huntington Beach and it was his mom’s apartment or something there that he was staying at. I don’t know whose. I think it was his mom. I don’t know. I could be wrong. But anyways, I met Dave we talked. And that was it. I never got past that… Audition is to the next level of actually jamming with… but years laterr we lived in the same apartment building in Sherman Oaks. Dave and I — I would see him at different places and say ‘Hi.’ And I reminded him of that story. And yeah, he’s always he’s always been super cool to me.”

Wikipedia states the following about how Mustaine formed Megadeth (with slight edits): “On April 11, 1983, Dave Mustaine was fired from Metallica just prior to the band recording their debut album Kill ‘Em All due to substance abuse and personal conflicts with James Hetfield and Lars Ulrich. As Metallica‘s lead guitarist since 1981, Mustaine had composed some of the group’s early songs and helped hone the band into a tight live unit. Afterward, Mustaine vowed revenge by forming a band that was faster and heavier than Metallica. On the bus trip back to Los Angeles, Mustaine found a pamphlet by California senator Alan Cranston that read: “The arsenal of megadeath can’t be rid no matter what the peace treaties come to.” The term “Megadeath” stuck with Mustaine and he wrote a song with the spelling slightly changed to Megadeth, which, according to Mustaine, represented the annihilation of power.

After arriving back in Los Angeles, Mustaine began the search for new bandmates. He formed a band with his new neighbors David Ellefson and Greg Handevidt, who had moved from Minnesota and played bass and guitar. While Handevidt would only last a few months, Mustaine and Ellefson formed a tight musical bond. Despite his enthusiasm, Mustaine had trouble finding other members to fill out the line-up. He and Ellefson auditioned about fifteen drummers, hoping to find one who understood metre changes in music. After briefly playing with Dijon Carruthers, they selected Lee Rausch. Following six months of trying to find a lead singer, Mustaine decided to fill the role himself.”