Danger Danger frontman Ted Poley was interviewed by Hall Laurel for her book Soundtrack of Our Youth: History of Hair Metal Music, which was recently released and is available in Kindle and paperback formats. 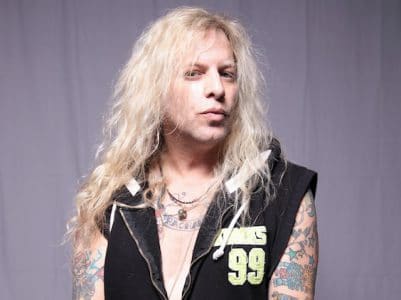 Laurel advised to Poley that an interview from the latter indicated that he referred to Warrant‘s original frontman Jani Lane as a “dick.” Poley was asked what is his take on Lane to which he replied: “I didn’t know him that well yet. They were already known when our record came out so I was sort of intimidated by him when we toured, so I kept my distance. But he was a very cool guy at that time. Certainly he was nice to us and I absolutely never heard a bad word from a fan about him when we were touring. Warrant actually taught us how important it was to be cool to fans. They were always cool to their fans.”

Poley reminisced on his first tour in Canada and some of the states in the USA with Warrant as he stated: “Warrant was my first tour through Canada and some U.S. states. They treated us great. Jani used to put me up on his shoulders for the last song of their set and we would sing together. He was friggin’ strong!”

Poley was also asked whether it was true that Danger Danger let him go from the band back in the day via a letter to which he stated: “No comment.”