Ratt lead guitarist Warren DeMartini is back in action after seemingly getting kicked out of the band by his former bandmates Stephen Pearcy and Juan Croucier. DeMartini performed with the all-star band Kings of Chaos at the Republic of Texas Biker Rally at the Travis County Expo Center in Austin, Texas, USA on June 15, 2019. 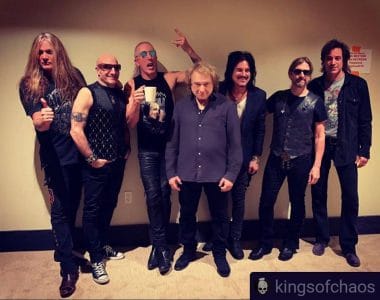 The following message was posted on DeMartini‘s Facebook page back on April 17, 2019:

“I will be performing with Kings of Chaos this summer and fall. I look forward to performing RATT songs that I wrote, and hearing them with these mighty singers and players.”

Other Kings of Chaos shows include at the Fraze Pavilion in Kettering, Ohio on June 21, 2019 and at RiverEdge Park in Aurora, Illinois, USA on June 22, 2019.

Kings of chaos live this weekend in Austin Texas then Kettering Ohio and then Aurora Illinois! Featuring Dee Snider of Twisted Sister and Lou Gramm of Foreig… 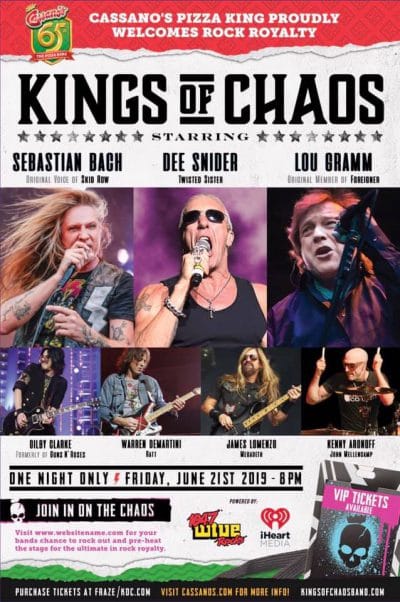