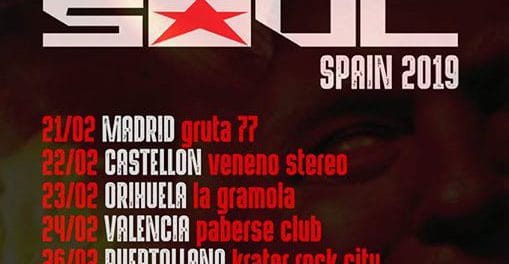 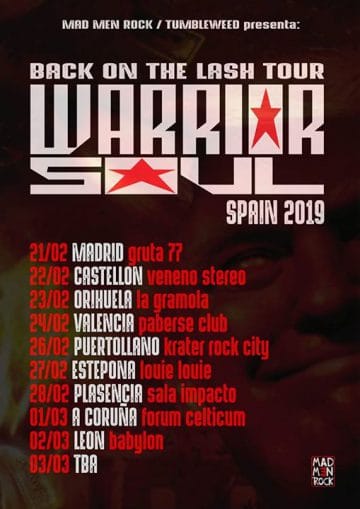 Sleaze Roxx attended Warrior Soul‘s concert at Club Absinthe in Hamilton, Ontario, Canada back on December 20, 2018 and stated in its review of the concert:

“Although I wasn’t really familiar with much of the Warrior Soul material played on this night, the songs were enjoyable to listen to and there were definitely some people in the audience that knew all of the words to most of the songs. One person even brought a tray of shots to the stage with a handwritten note asking for Warrior Soul to play the song “Love Destruction.” The gentleman verbally advised Clarke that he had waited more than 20 years for Warrior Soul to play that song live. Clarke replied by hinting that the track would be played but later in the evening. The entire band backing Clarke including [Adam] Arling looked like they were having a great time. Clarke was quite adept at getting the crowd to clap along and to raise their fists at appropriate times during the concert.  Although there weren’t that many people in the audience (I counted less than 50), the ones that were there were quite into the show. I was impressed with Warrior Soul playing such a long set despite what was likely deemed as a disappointing turnout in terms of numbers.

At the beginning of the concert, I was keeping track of the songs that were being played and I wish I would have kept on doing so because I forgot to try to obtain a setlist at the end of the show. Thankfully, promoter Bruce Hotchkies came through with the setlist for the Hamilton gig. My favorite songs played by Warrior Soul in Hamilton were “Back On The Lash”, the fist pumping “Ass’-Kickin’” and the newer Clarke solo song “Payback’s A Bitch.” Overall, Warrior Soul put on a great set and I hope that they come back to play the greater Toronto area again in the future.”