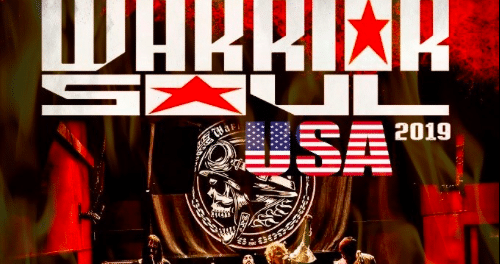 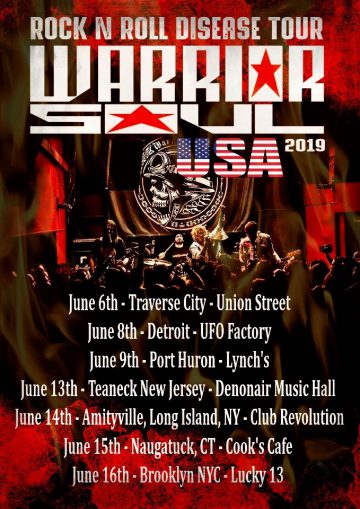 Warrior Soul featuring frontman Kory Clarke are about to embark on the beginning of their Rock N Roll Disease Tour of the United States of America, which starts on June 6, 2019. The group’s new studio album Rock ‘N’ Roll Disease is now scheduled to be released on June 7, 2019.

Sleaze Roxx caught Warrior Soul live at Club Absinthe in Hamilton, Ontario, Canada back in December 2018 and stated as follows in its concert review:

“It took a little while but Clarke eventually made his way to the stage. The man looked like a rockstar. He had a very small frame, some tighter jeans, I believe cowboy boots, a largely unbuttoned shirt and a jacket with some brown fur at the collar and bottom. The unshaven Clarke got up on stage with a tall boy beer in one hand and an additional tall boy still in the plastic that would have held six of those tall boys. I don’t know if Clarke downed those other beers before taking to the stage but his microphone stand was knocked down — perhaps purposely — a few times during the beginning of the set. Clarke reportedly has a reputation as a great frontman and he didn’t disappoint. The man has tons of energy, moves around quite a bit and was able to push the audience to come close to the stage.”