Great news for fans of Warrior Soul as singer Kory Clarke has announced today that the group will be releasing its new album Back On The Lash on November 24, 2017. 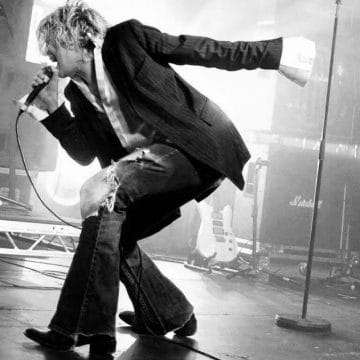 “New Warrior Soul Album ‘Back On the Lash‘ will be released for Nov 24th 2017 Kicking Off the UK Tour!!”

“Warrior Soul News! We will be holding an ‘intimate’ Warrior Soul Private Showcase of the New Album in Central London on Saturday December 2nd. ONLY the New Album will be played! You will be some of the first to hear it! Details of location will be out later.

Plus you will get a couple cool things as well. For Entry ticket price for this Private Party for up to 15 people, contact us privately or e-mail us at warriorsoulmgmt@gmail.com”

Warrior Soul‘s Biography on their Facebook page states in part (with slight edits):

“There’s been a lot of speculation lately about the “death of the rock star”. We keep losing them, but we don’t make any new ones. Part of the reason is that there just isn’t a million-dollar infrastructure to create megawatt stars anymore, at least not the kind that have long hair and play distorted guitars, and part of it is just a radical shift in the culture towards quieter, more insulated lifestyles. You mighta had dope, guns, and fucking in the streets, but your kids have smartphones and Netflix and they could not care less about your cyclops revolution. Which is a bit of a nightmare for the last true rock star, a mouthy wild-card from the streets of Detroit named Kory Clarke who built his reputation on being the baddest motherfucker in all of Badsville, a pill-shoveling he-dog Earth mutha with an incendiary socio-political agenda and a roar-for-war that rattled mountains.

If you were lucky enough to catch his band Warrior Soul on a particularly fired-up night in the 90’s, you might not even hear a stick of music. You might just get two straight hours of their front man eviscerating you for your complacence, a wild-eyed, fully zonked rock’n’roll machine gun blasting holes in the fabric of reality with verbal tirades about the inexorable rise of the neo-cons and the hidden agendas of your neighbourhood cops and clergy. Warrior Soul shows aren’t just gigs, man. They are profane sermons delivered with high velocity and maximum volume. 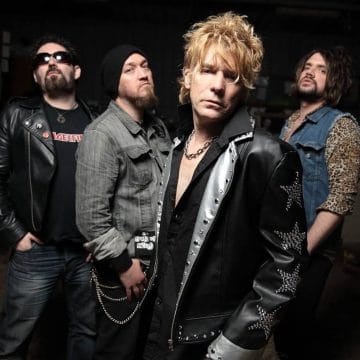 But let’s back up a moment. In the beginning, there was The Trial, a rock’n’roll band from Detroit featuring drummer, Kory Clarke. Funded by Clarke‘s drug dealer buddy Charlie (Later memorialised on Warrior Soul‘s Charlie’s Out of Prison) and produced by villainous opportunist Kim Fowley, The Trial was too volatile to exist, really, and it imploded in a sticky mess of drugs, money, and jail. Clarke got the fuck out of town and landed in New York City in the late 80s where he fit right in with the death-tripping film/spoken-word underground (Zedd, Kern, Carroll) as well as the burgeoning sleaze-metal scene (Circus of Power, Cycle Sluts from Hell, Freaks, Monster Magnet, White Zombie). The band initially started out as Kory Clarke/Warrior Soul and was simply Clarke barking out fire-breathing spoken-word poetry, sometimes putting a gun to his own head as part of the performance. It eventually struck him that a band might have more impact, and within three months of forming, Warrior Soul signed a million-dollar contract with Geffen.

They did not know what they were buying. The first album took two years to release. During that time, the label tried to get their head around what they had purchased. In the press, Clarke went to war with everybody, from tourmates Danzig to labelmates Guns N’ Roses. The label pleaded with him to stop with the fucking poetry on stage and maybe cut out all the inflammatory political rhetoric, hut he wouldn’t. He just wouldn’t. Last Decade Dead Century hit the bins in 1990 and was so angry, bleak, and uncompromising in tone that it made early Black Sabbath sound like The Sweet. It was so perfectly fucked-up in every way that it practically demanded you take sides. Sleaze metal had always been darker than traditional glam metal, more grounded in the gritty, bitter realities of addiction and working class street-life, but Warrior Soul took it all the way, man. This was a declaration of war from the back-alleys of the toughest ghettos in America. And if you couldn’t handle that, man, then stay the fuck away.

And honestly, a lot of people did. Geffen poured more money into Warrior Soul and stuck with ’em for three more albums and five more years, but they never managed to crack cult status. There is a sense among Warrior Soul faithful that the band woulda-coulda been as big as Metallica or Guns N’ Roses if only Kory kept his big fat trap shut once in awhile, but I doubt that, man. Axl is probably an even more paranoid lunatic then Clarke, and its only helped his career. The truth is, even at their most commercial, Warrior Soul sounded like some black market, underworld operation, shadowy insiders in something too weird and too heavy to let the ham & eggers in on it. They still do. It’s sleazy New York rock’n’roll with its finger on the nuclear panic button. It’s the last sound you’d hear before the big one drops on us all. Warrior Soul is the panicked wail of the warning sirens high atop the skyscrapers, it is the flaming napalm that burns us to cinders. Nobody knows this more than Clarke does. It’s been his burden to bear for almost thirty years now. He keeps trying to escape it – he does solo records, formed a trucker metal band (Dirty Rig), joined doom-metal legends (Trouble) and fitfully attempts to get back to painting and leave the goddamn rock’n’roll alone, but he can’t. Kory Clarke IS Warrior Soul, and someday it will kill him. And hopefully save a few lives before it does.

For some people music is the means to an end. They simply want fame and adulation. They’re fully paid up members of the cult of celebrity and units sold is more important than the ability to create anything that can touch people.

For others music is a compulsion. You may as well ask them to stop breathing than try and stop them submitting to their creative impulses.

Kory Clarke is one of the latter.”

Warrior Soul‘s “We Cry Out” video:

Warrior Soul – We Cry Out