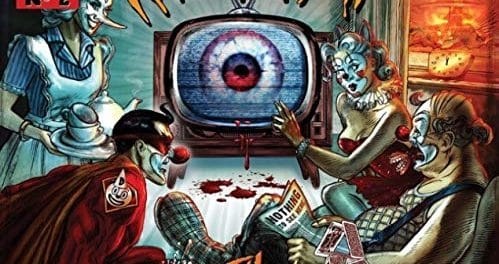 UK rockers Wayward Sons have released a video for their song “Joke’s On You” from their upcoming new studio album The Truth Ain’t What It Used To Be, which will be released via Frontiers Music Srl on October 11, 2019. 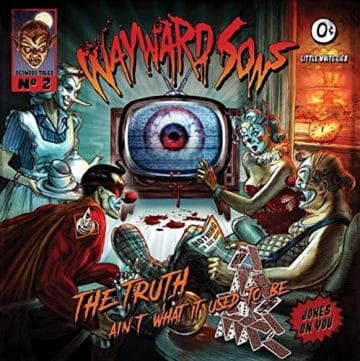 Amazon indicates the following (with slight edits): “The return of former Little Angels singer Toby Jepson with Wayward Sons in 2017 was a great event in the British hard rock music scene. After the overwhelming success of Little Angels, including a number one album, millions of records sold, massive sell out shows and numerous hit singles, Toby has been busy these past years with movie work, performing with Fastway, Gun, and Dio Disciples, and producing albums for numerous bands (Saxon, Fastway, The Virginmarys, Toseland, and more). His heart however, was always in writing and performing and so the concept of Wayward Sons was born a new band, built for playing live. A new direction with Toby‘s songs taking centre stage and the debut album Ghosts Of Yet To Come was greeted with outstanding critical acclaim and earned the band the title of “Best New Band” at the Planet Rock Awards in 2018. Look for the band to continue their relentless breakneck touring in support of The Truth Ain t What It Used To Be, a foot stomping, fist raising, rock ‘n roll album.”

Wayward Sons‘ “Joke’s On You” video:

Subscribe here for more videos – http://radi.al/SubscribeFrontiers | From the album THE TRUTH AIN’T WHAT IT USED TO BE. Get your copy NOW: http://radi.al/Wa…