Wendy Dio recently spoke with Brazilian rock media outlet, Kazagastao, about a variety of topics, including 2022 tour news and the controversial Dio hologram. 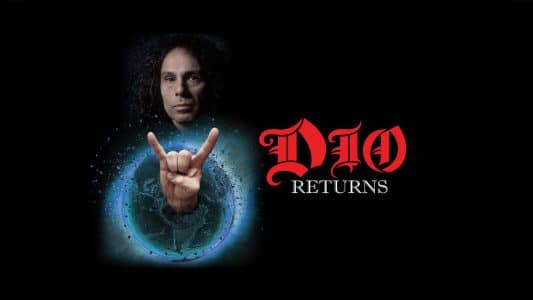 On the 2022 tour, Wendy Dio stated (as indicated by Loudwire): “So we are going out next year in March – the Dio band will go out again – but this time I found an ISO film, a 17-camera shoot, there’s an ISO one of Ronnie only. So we took that, and we’re making this with special effects. So it won’t be a hologram – it’ll be a film of Ronnie himself with the Dio live band and special effects.”

In terms of the hologram, she indicated: “[The hologram] was well received sometimes, sometimes not; it all depends on the people. The problem with the hologram, and it’s great – and I won’t say never again – but it costs so much money, you can only go into certain venues because of the height and the size of it.

In a May 2021 interview with ToneDeaf, Wendy Dio revealed the hologram cost “over two million dollars [USD] to make.”

The 2019 “Dio Returns” tour saw the late Ronnie James Dio appearing as a hologram, accompanied by a live band that included former Dio band members Simon Wright, Scott Warren and Craig Goldy. Wendy Dio did not mention if the 2022 touring band line-up would remain the same.

You can listen to the interview with Wendy Dio on Kazagastao below: