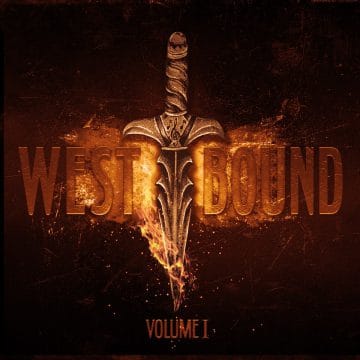 album Volume I via Frontiers Music Srl back in February 2019.

In an interview with Sleaze Roxx back in March 2019, West advised as follows about West Bound‘s intentions to tour: “Absolutely! We just did our record release debut show the other night at the Whisky. Between the turnout and the audience reaction it was over the moon! They went nuts. We are going to do some shows on the East Coast in April and then when we get back we are going to do the Viper Room and Counts Vamp’d in Las Vegas. I’m in talks right now with booking agent and we are getting stuff lined up for the summer into fall into winter and into 2020. Between the reviews of ‘Volume I’ and the audience reaction to the live show the other night — if that is any indication — 2019 should be an amazing year for West Bound!”

Subscribe To Be Alerted When We Add New Videos – http://radi.al/SubscribeFrontiers | From the album “Volume 1”. Get your copy NOW: http://radi.al/WestBoundVolume1 Follow the “Newest From Frontiers” playlist on Spotify to keep up with all the new songs we release each week: http://spoti.fi/1rQz5Zm West Bound feat.