West Bound consisting of Chas West (Tango Down, Lynch Mob, Red Dragon Cartel) on lead vocals, Roy Z and Jimmy Burkard on guitars, Jason Cornwell on bass and Dave “Chilli ” Moreno on drums have released a lyric video for their 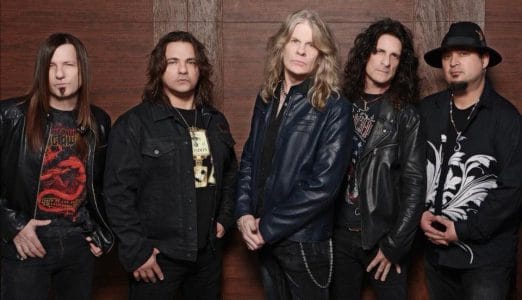 song “Beautiful Dream” from their upcoming debut album Volume I, which will be released via Frontiers Music Srl on February 22, 2019.

Regarding this song I like having some beauty with the bombast!

So as Diamond Dave would say “Here’s one for the ladies”!

To ALL our friends in the So Cal. area hope you’re recovered from NAMM & stay tuned for info on release gigs/parties during the record release wk!

Have a great week everyone!

Subscribe To Be Alerted When We Add New Videos – http://radi.al/SubscribeFrontiers | From the album “Volume 1”. Get your copy NOW: http://radi.al/WestBoundVolume1 Follow the “Newest From Frontiers” playlist on Spotify to keep up with all the new songs we release each week: http://spoti.fi/1rQz5Zm West Bound is a hard-hitting new rock band formed in the L.A.