What’s it like opening for Bon Jovi? — A Thousand Cures’ singer relives his experience

It is no secret that Bon Jovi are holding an “Opening Band Contest” to find an opening band for each of their upcoming North American tour dates from February 8, 2017 to April 11, 2017. You can find out how to apply by visiting Bon Jovi‘s website. The submission deadline for the February 8 – February 19 tour dates is January 18, 2017 at 12:00 pm PST.

For many bands applying to open for Bon Jovi, the question remains what would the experience really be like? 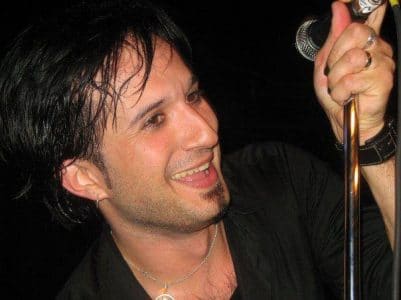 Sleaze Roxx caught up with A Thousand Cures‘ frontman Paul Macri whose band applied for and won the opening slot for Bon Jovi at the Air Canada Centre in Toronto, Ontario, Canada back on January 21, 2006.

Macri remembered how his band A Thousand Cures landed the opening slot for Bon Jovi: “After the release of The White Top EP back in 2005, we submitted our feature track “White Top Cadillac” and some other tracks to a number of online and radio station contests. One in particular, Q107 was the Bon Jovi Opening Act Contest which, to be honest I didn’t even know about it. Our guitarist Rick entered the band and all of a sudden, I got a call on live radio from Kim Mitchell informing me of the win. The funny part was that I thought it was a prank from one of my friends and I used a little trucker mouth until I recognized Kim Mitchell‘s voice. My heart started racing when I realized what we just won and we hoped that our guitarist Rick would be back in time for the gig as he was in LA. It was like a Wednesday afternoon when I got the call and the gig was for the Saturday. Kim Mitchell asked if we could do it and I said “yes” of course. The rest is history.”

In terms of whether A Thousand Cures got to meet the actual Bon Jovi band members, Macri stated: “We did have an opportunity to meet with the entire band backstage. Our interactions were brief and cordial with some chit chat, but wrapping it 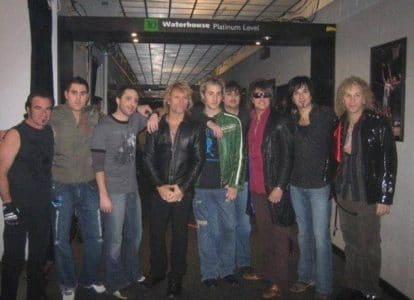 all up with a group photo so we could share the experience. It was definitely not long enough for Bon Jovi to remember us, but a great cherry on top nonetheless. What was surprising to me, not being a big Bon Jovi fan before all this, was how much taller I was than the man himself. I’m 6’1” but when you’re next to a legend like Bon Jovi, you kind of expect them to be this big physical presence over you. All kidding aside, Jon Bon Jovi was amazing. He congratulated us and wished us well sincerely. Though understandably, he looked very much like a headliner in the “zone” before a big gig.”

Toronto’s Air Canada Centre where A Thousand Cures opened for Bon Jovi has a capacity of 19,800 people. In terms of the experience of playing on such a big stage, Macri advised: “It was unreal and overwhelming! It’s like an adrenalin rush that’s hard to come down from. You have to understand that we had been grinding 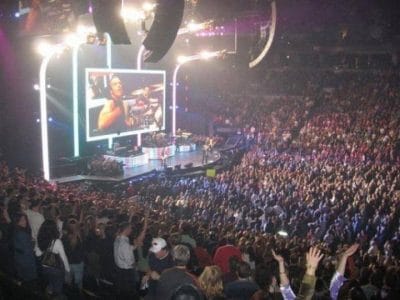 it out for years like many other talented bands in Toronto with little to show for it. Playing gigs all over the place for peanuts and at times out of pocket for many of them. Then you blink and your hard work finally gets THE opportunity showcase in front of thousands. It was a once in a lifetime no matter what happened in our lives after that. Not many — if any — people you come across in your lifetime can say they had a similar life experience. It was life changing and AWESOME!”

With presumably so many artists and bands applying for those precious opening slots on Bon Jovi‘s current tour, Macri looked back at what stage that A Thousand Cures were at when they secured the opening slot for that fateful Toronto concert back in January 2006. Macri recalled: “At that time, we had released one full-length album Unification (2003) and The White Top EP (2005). We were performing at all the venues around Toronto and beyond giving crowds and our own following an alternative to the same garage band type bands. We were writing good tunes and people let us know it at every gig. “White Top Cadillac” was our flagship track 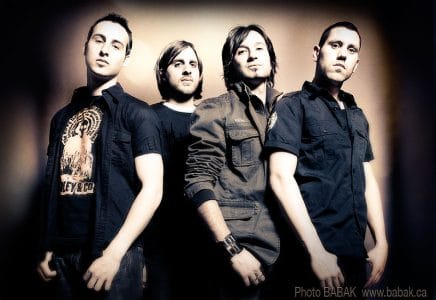 at that time that ended up winning us another very big web based competition that following December — the Garage Band Contest. Ah, the irony eh? “White Top Cadillac” beat out 34,000 artists submissions to win a recording contract with Capitol Records in LA. That is another long story but maybe for another interview?”

In terms of whether opening for Bon Jovi in 2006 opened any doors for A Thousand Cures, Macri opined: “Yes, there was an amazing media wave and level of notoriety that followed. We were doing interviews for local news stations and newspapers, college papers and the rest. We also attracted the attention of some American and Canadian management companies including one associated with Miles Davis. Nothing really came of those high end connections. They mostly turned out to be looking out for their interests first, usually trying to get us to sign this and that, like every other music industry execs that followed the wave but those doors, we closed pretty quick. We had very level heads and didn’t let that time in the limelight get to our heads. We never signed any deals that didn’t put our music first. We found out early that the music industry was never really about the music/artists being first. We had awesome lawyers to thank for that.”

A Thousand Cures‘ “All This Attention” video:

In terms of what happened to A Thousand Cures, Macri stated: “Nothing happened. We’re still here. The three remaining and original members — Luca Caracciolo, Dusty Emer and myself — continue to perform live at various corporate events and venues mostly under the band name Coverboys. We often still perform our original songs. We are in the process of recording new A Thousand Cures material with singles to be released periodically. We’ll keep doing this until we can’t.” 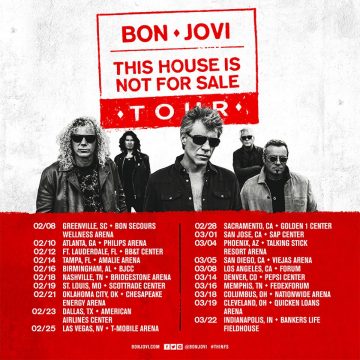