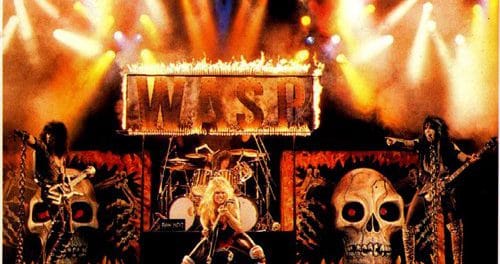 Which version of W.A.S.P. should be considered the group’s “classic” line-up for a “reunion”? 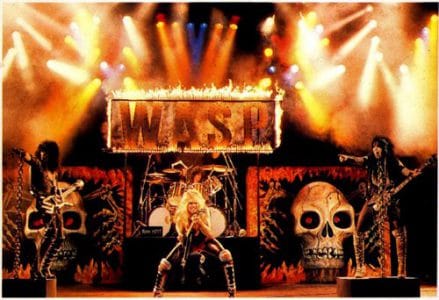 In the last year, former W.A.S.P. band members, Steve Riley (drums), Stet Howland (drums) and Johnny Rod (bass) have all expressed an interest in a W.A.S.P. “reunion.” Whether W.A.S.P. founder and frontman Blackie Lawless is even interested in doing such a reunion seems doubtful and remains to be seen but if the possibility materialized itself, the question remains which line-up would be considered the “classic” line-up that should reunite? There is no question that Lawless and guitarist Chris Holmes would be part of any W.A.S.P. “reunion” but the remaining band members is a real question mark?

There appears to be the possibility of four possible “classic” W.A.S.P. line-ups.

The first “classic” line-up is the one in the early years that secured a recording deal which led to the infamous single “Animal (F**K Like A Beast)” (1984) and the self-titled debut album (1984) — Blackie Lawless (lead vocals, bass), Chris Holmes (guitar), Randy Piper (guitar) and Tony Richards (drums). While this line-up was short lived with Richards being replaced with drummer 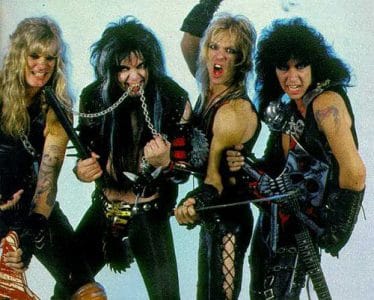 Steve Riley in 1984, it is also the line-up that arguably received the most notoriety with the track “Animal (F**k Like A Beast)” being labelled as one of the Parents Music Resource Center‘s (“PMRC“) “Filthy 15” songs that the group determined to be morally objectionable. W.A.S.P.‘s debut alum also ranked #1 on Sleaze Roxx Readers’ Favorite W.A.S.P. Albums, which was posted last year.

Sleaze Roxx stated the following in its review of W.A.S.P.‘s self-titled debut album: “Originally released in 1984, W.A.S.P.‘s self-titled debut stood out from all the other hard rock acts of the day, both sonically and theatrically. Led by tenacious frontman Blackie Lawless, W.A.S.P. emerged from the LA glam scene victorious, despite allegations of perversity and such by the P.M.R.C. Why? The answer can be found on this album. Among the pioneers of the shock rock genre (and heavy metal in general), W.A.S.P. was the voice of every teenager’s angst and hostility, a perfect example being the opening track “I Wanna Be Somebody”.”

WASP – I Wanna Be Somebody (Official Video)

The next version of W.A.S.P. that should receive due consideration for being the “classic” line-up is the one consisting of Blackie Lawless (lead vocals, bass), Chris Holmes (guitar), Randy Piper (guitar) and Steve Riley (drums). That line-up recorded the more

polished and arguably the group’s best album The Last Command (1985), which boasted the singles “Blind In Texas” and “Wild Child” which are still played live by W.A.S.P. to this day. The Last Command was also the group’s first album to reach platinum status and ranked third on the Sleaze Roxx Readers’ Favorite W.A.S.P. Albums.

Sleaze Roxx stated the following in its review of The Last Command: “In 1985, ‘wild child’ Blackie Lawless and company released one of the strongest albums in W.A.S.P.‘s vast catalog — The Last Command. Essentially written while on tour supporting their outrageous debut, The Last Command was a middle-finger salute to the newly formed PMRC — a political group who were targeting offensive artists — and W.A.S.P. was in their cross-hairs. On this release, Steve Riley had replaced Tony Richards on drums because he was deemed ‘too unreliable’ for the band to deal with, and it ended up being the last to include rhythm guitarist Randy Piper.”

W.A.S.P. – Blind In Texas OFFICIAL video in HQ and lyrics included!!The song was released on their “The Last Command” album on November 9, 1985. The Last Com… 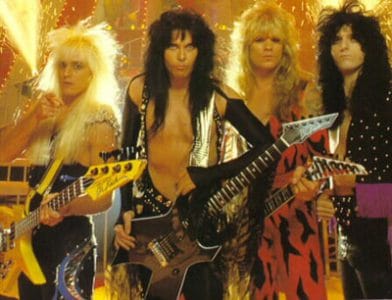 With the departure of guitarist Randy Piper from the band, Lawless switched from bass to rhythm guitar and King Kobra bassist Johnny Rod joined the band. This led to the release of W.A.S.P.‘s third studio album Inside The Electric Circus (1986), which coincided with the group doing a headline tour with one of its most colourful and bombastic stage shows.

One major factor against the Lawless, Holmes, Riley and Rod line-up being considered the group’s “classic” line-up is that Inside The Electric Circus is largely regarded as a step back from The Last Command as evidenced by its number five finish on the Sleaze Roxx Readers’ Favorite W.A.S.P. Albums where it only garnered 8% of the readers’ votes.

W.A.S.P. – I Don’t Need No Doctor/All rights to the video belong to their legal respectful owners./ 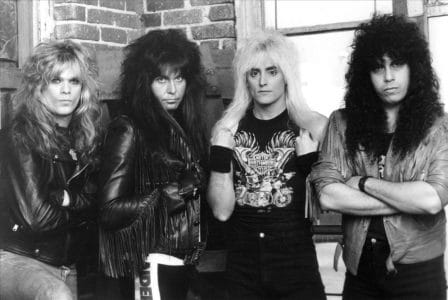 Granted, the name Frankie Banali is for the most part rightfully associated with Quiet Riot as the drummer is the longest serving member of the group and current band leader. However, Banali was recruited by Lawless to play drums on W.A.S.P.‘s next album The Headless Children (1989), which was the band’s most mature, heaviest and complex record to date.

Lawless‘ lyrics were now politically charged rather than filled with sexual and rock n’ roll cliches. The Headless Children is one of W.A.S.P.‘s most revered albums as evidenced by its #2 finish on the Sleaze Roxx Readers’ Favorite W.A.S.P. Albums just behind the group’s self-titled debut album.

Now what about W.A.S.P.‘s The Crimson Idol (1992), which is largely regarded as one of the band’s best? The album landed the #4  spot on Sleaze Roxx Readers’ Favorite W.A.S.P. Albums and is likely Lawless‘ favorite W.A.S.P. album since it’s the only one that the singer builds an entire tour around and plays in its entirety live. One major factor against The Crimson Idol is that Holmes had left the group by the time of its release and the record was originally slated to be a Lawless solo album.

With respect to drummer Stet Howland, although he played on a number of W.A.S.P. albums with Lawless and Holmes such as K.F.D. (1997) and Helldorado (1999), those albums are not regarded as the group’s best as evidenced by their respective # 7 (tie) and #10 finishes on the Sleaze Roxx Readers’ Favorite W.A.S.P. Albums.

So there you have it. Which W.A.S.P. line-up do you consider to be its “classic” line-up?