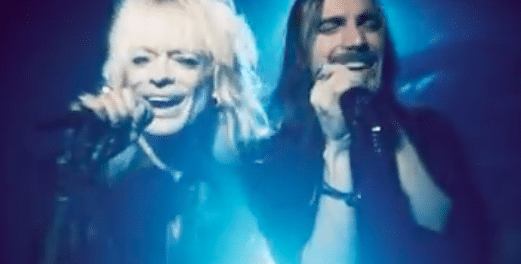 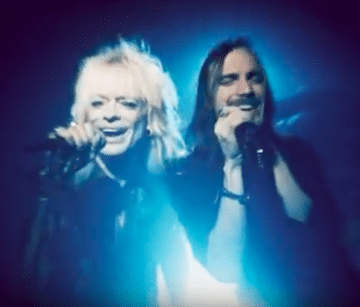 “Born in Italy in 1987, Andrea Brosio joins the world of music at the age of 16, playing electric guitar in a local band called “Stormrocks“. After developing serious forearm tendonitis, Brosio is forced to temporarily abandon playing the guitar and becomes interested in lead singing.

At the age of 19, he moves to Finland and, 6 years later, graduates as Pop/Jazz singer from the Conservatory of Jyväskylä. That same year, he releases his first acoustic solo album as songwriter. Following this period, he takes part in various projects with local musicians, and forms two rock bands – Grey Heron and The Scions.

In 2017, after completing the Vocal Academy at the CVI of Copenhagen, Brosio takes part in the Finnish TV program, “The Voice”. He joins the team of legendary Hanoi Rocks‘ frontman and co-founder, Michael Monroe, and makes it into the final of the competition where he finishes third overall. After competing in “The Voice”, Brosio forms the brand-new band, White Cloud Fire, featuring long-time school-friend and fellow songwriter Ilkka Kainulainen on guitar (Piecemaker, SICI, Von Vida, Electric Beat Orgy) and Jaakko Pellotsalo on bass (Autere, Viilto, Grey Heron). The band line-up is completed by the addition of half Italian school-friend, Paulo Poverini on drums (Lajitoverit, The Leopards). On July 24th, White Cloud Fire releases its first single, “Libertà”, featuring Monroe on all backing vocals and as producer, co-lyricist and co-arranger. The band starts performing shows three days later during the Neste Rally Finland.

In early 2018, White Cloud Fire releases its second single “Love Will Give You Bliss”, while “Libertà” makes its first appearance on Radio Rock and, in February, the band opens for Monroe‘s band at three different venues. After finishing the recordings, White Cloud Fire announces the release of its first LP “So Far So Good On Planet Earth” which is scheduled to be out on Dec. 21st 2018. This nine-track album includes, in addition to the first two singles, four brand-new unreleased songs, one bonus track and two live-covers from Brosio and Pellotsalo‘s former project, Grey Heron, recorded at legendary Tavastia, Helsinki, whilst opening for Monroe‘s band.

In 2019, White Cloud Fire announced their first UK Tour in support of their album release.”