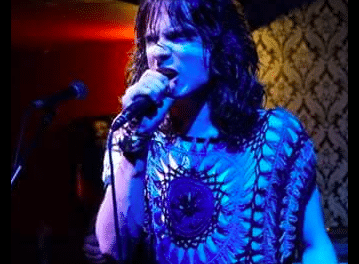 White Devil Detroit lead vocalist Jake Blatchly was recently interviewed by Sean Bennett for The Rockpit in advance of the release of the band’s debut EP Stay Calm, It’s Only Napalm. 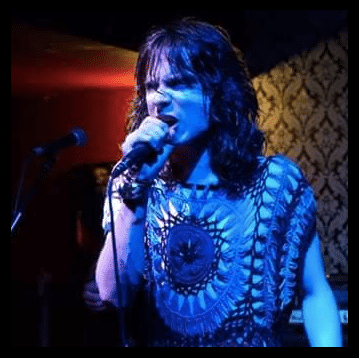 Blatchly was asked whether he was happy with the reception to White Devil Detroit‘s debut single “Cummin’ Down” to which he replied:

“We are really stoked with how it’s turned out to be honest.  I wasn’t expecting such a great reaction… we actually sat on that single for about a year before we put it out.  The funny thing is we wrote ‘Cummin’ Down’ before we’d played any shows… our drummer Jayden (Varner) is a typical Aussie bloke – he’s like John Bonham crossed with a Bunnings snag [laughs]… he parties so hard he’d make Tommy Lee blush [laughs] – he was like “Can we write some songs about getting in fights & going out drinking?”  I was like, ‘Yeah, sure”.  So, he wrote the first three lines of the first verse and I wrote out the rest.  Interestingly, that voice that you hear at the start, the one on the tape recording that says,”Err, what can you tell me about the band White Devil Detroit?”  That’s actually a real police officer from a real police interview.

After we played our first show ever, this guy came up harassing me & my girlfriend and asking if I was a fag because I was wearing make-up… he then went to try and assault us with a motorcycle helmet so I blocked it and punched him really hard – the bar staff came out and saw it was self-defence.  The venue manager called me a up a few days later to tell me they had to give the CCTV footage over to the police but he said not to worry as we were in the right.  ‘Cummin’ Down’ is actually about getting in a fight & getting arrested – a few months later the police catch up with me and said I had to go to the station for an interview.  I got legal advice which was don’t give them anything… just give them a “no comment” interview and remember there is no such thing as “off the record”.  So, I go in for the interview and they slide over this manila folder with photos of the band and screen shots from our Facebook page and saying “That’s obviously you on stage!”  I’m like, “No Comment!” So the third verse is “Playing twenty questions I don’t say nothing, I don’t say shit I keep on bluffing.”  The very first question they asked was “What can you tell me about White Devil Detroit?” and when we were recording the single I asked the producer if he could rip off the audio for the police CD.  He did and that became the sample that we used on the song so it’s from the original police tape.  It’s quite surreal that it’s a real cop.”

You can read the rest of the interview with Jake Blatchly at The Rockpit‘s website.

Here it is! We are gee’d up from the feet up to bring you our long awaited debut music video! Our single “Cummin’ Down” is coming to your earholes right now!…