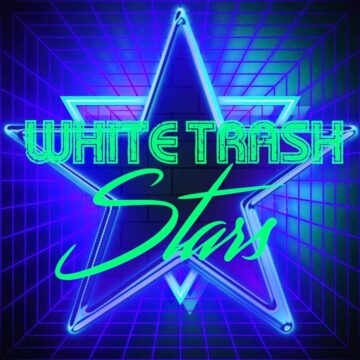 “White Trash Stars solidifies line-up with the addition of a bassist and drummer. Caz Ferrante (vocalist) and Ray Ray D (guitars) are thrilled to finally have solidified the band’s lineup. Earlier this year, Stevie Zapp stepped in as the bassist for White Trash Stars, bringing with him a style and attitude that has benefited the band in many ways. Just weeks ago, Joe Rice was announced as the band’s new drummer. With the new rhythm complete, White Trash Stars is poised to drive full speed into the future.

White Trash Stars is also proud to be releasing its first “official” music video, the lyric video for the brand new song, “Take A Ride”. The song was produced and mastered by Zeuss. Having such an seasoned producer at the helm has helped White Trash Stars immensely.  Zeuss has recently worked with bands such Queensrÿche, Dee Snider, Rob Zombie, and Demon Hunter.

The year 2020 has been a tough year for bands and the music industry in general. No doubt the the future is looking bright for White Trash Stars. Buckle up, it’s time to “Take A Ride”.”