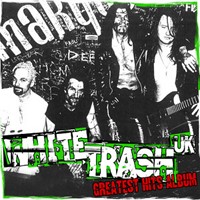 The Birmingham underground supergroup that features two prog rock legends, a thrash drumming legend and a rock n roll suicide, has their lost and never released 1996 Noise International album finally released! Sounding like a cross between Faith No More, The Offspring, Queen and Motley Crue… this is one for the music connoiseur!!!