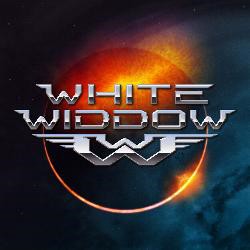 Hailing from Melbourne Australia, White Widdow was formed in 2008 by charismatic front man Jules Millis along with Bassist Trent Wilson and Guitar virtuoso Enzo Almanzi. From its inception the vision was always to write and perform 80’s Arena style Melodic Rock and Hard Edged AOR inspired by artists such as White Sister, Survivor, Treat, Dokken, Aviator, Bon Jovi and Australia’s own Roxus.

After initial sessions it was clear to them that to fulfill the sound they wanted, they would require a full time keyboard player. Jules immediately enlisted the help of his brother Xavier Millis on the keyboards, a two time ARIA (Australian Record Industry Award) nominee and a well versed keyboard player in many musical styles. With Xavier onboard, the writing team was in place and the line-up was then completed with Jim Naish on drums.

Starting out playing live amongst the diverse Melbourne Rock scene, White Widdow quickly established themselves as a solid live unit throughout their native Australia. In mid 2009 White Widdow recorded and released their free digital only EP which was very well received in selected press.

With their debut Self Titled album, the full vision of White Widdow has become a reality. With absolutely no concerns about modern rock trends the band has followed their hearts and proudly wear their 80’s influences on their sleeves . Mixed and Mastered by Martin Kronlund (Overland, Joe Lynn Turner, Hammerfall, Bangalore Choir) at JM Studios in Sweden, White Widdow have put together an album full of Melodic Rock and AOR anthems filled with swirling keyboards, blistering guitar playing and big choruses full of hooks, the way they believe rock music should