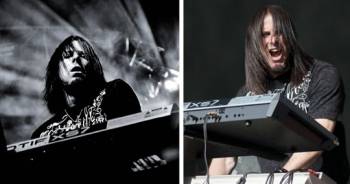 Whitesnake have announced the addition of keyboardist/vocalist Brian Ruedy to the band for their upcoming tour in support of the new CD ‘Forevermore’.

Brian Ruedy was born July 24, 1961 in Orange County CA. He has worked in a succession of bands thro’ the years, including most recently Bret Michaels and Brian Head Welch of Korn. Brian recently reconnected with guitarist Doug Aldrich which led to him becoming involved with Whitesnake.

“I am honored and privileged to be part of the Whitesnake Family. Its an incredible opportunity. I am excited to bring new sounds and flavors to Whitesnake. I look forward to expanding on the already great Whitesnake material” says Brian.

Brian is already immersing himself in the catalogue of Snake songs in preparation for the bands upcoming rehearsals for the ‘Whitesnake Forevermore World Tour 2011’.

Jon Lord of Deep Purple. “There is nothing like an overdriven Hammond B3 and his lead style is incredible. I’ve never heard anyone play like he did.”

Rick Wakeman of Yes: “I love his ability to play multiple keyboards at once. He had amazing sounds and put on quite a show.”

Keith Emerson of ELP: “He’s the only guy I know that played the Hammond B3 backwards and stabbed it with knives. He was also one of the guys that introduced the mini moog synthesizer.”