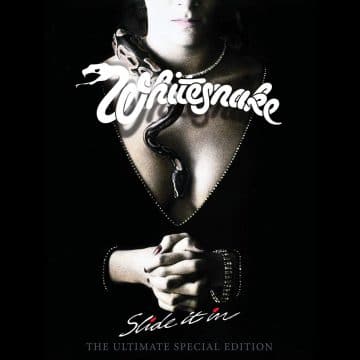 Schenker advised: “[laughs] I would have never joined Whitesnake! [laughs] I think, it would have more likely that, David Coverdale would have joined M.S.G.! [laughs] My manager was contacted by David Coverdale’s management about me auditioning for Whitesnake, but I was not interested in joining someone else’s band, even back then, I was aware of my self-expression and I would have not felt fulfilled being in someone’s band. If I recall, he [Coverdale] wanted to use the M.S.G. band, he was planning on working with Cozy [Powell], who had worked with me on the first M.S.G. album, and he [Coverdale] wanted to get Chris Glen, but as I say, I would have not been happy, so no, I would have not joined his band! [laughs]  I did do some writing with him, but I was not going to join Whitesnake! [laughs] It would not have worked, it wasn’t possible.  So, I found Graham Bonnet and worked with Chris [Glen] and Ted [McKenna] on ‘Assault Attack’ and Cozy [Powell] went on to work with David Coverdale.”

You can read the rest of the interview with Michael Schenker at Metal Titans‘ website.