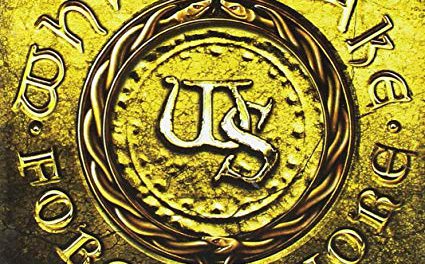 It has been no secret that Italian record label Frontiers Music Srl was/is engaged in a legal battle with young powerhouse singer Dino Jelusick as back in mid-June 2021, the record label confirmed that it had a pending lawsuit against the singer and his management on the basis that it believed that it contractually had the rights to the exclusive services of the singer for recordings. 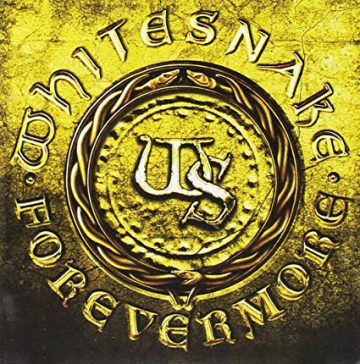 Less than two months later, it was announced that Jelusick was now a member of Whitesnake and presumably the singer will be sharing the lead vocal duties with long-time band frontman and founder David Coverdale whenever the upcoming The Farewell Tour MMXXII takes place.

Whitesnake have had a long standing relationship with Frontiers Music Srl given that the band has released the studio Forever More (2011), The Purple Album (2015) and Flesh & Blood (2019) via the Italian record label. However, in the last year and a half, Whitesnake have released a number of compilation and anniversary set albums including Love Songs (red), The Rock Album (white) and The Blues Album but through Rhino Records rather than Frontiers Music Srl.

Coverdale was recently interviewed by media journalist Mark Dean for Anti Hero Magazine and the latter asked the former what would Jelusick‘s role be during Whitesnake‘s final tour to which he replied: “He’s going to be the way I have two guitar players. I’ve always seen Whitesnake as an orchestra, Mark. I don’t see it as a band-band. I don’t want two guitarists playing exactly the same song, or just harmony guitars, I want two opposing… you’ve got the incendiary Joel Hoekstra, entirely different to the electrifying Reb Beach. And this is not to overwhelm Michele, Michele’s totally secure, I adore him and what he brings to Whitesnake. In 2019, Dino’s band opened for us in Zagreb, and this is very rare for me, and I went, “Who the fuck is that?” And I was going, “Wow, that kid’s great.” And Joel said, “Yeah, I worked with him in the Trans-Siberian Orchestra. He’s a great guy.

And I said, “That guy’s a snake, dude.” And I said, “Don’t say anything yet, I’m going to keep my eyes and ears on him.” So, I think it’s going to be fantastic, I’m going to have an orchestra of keyboards for a lot of songs on Whitesnake which are big epics, that make them even more musically orchestrated without having an orchestra on stage with us. I mean, the guy’s great, I can’t wait to sing with him. I already have three singers who are good enough to be front-man singers, with Michael Devin and Michele Luppi, and Reb Beach, they are really great singers. What’s wrong with having another one?

And I think he’s a super guy, and he has his challenges legally at the moment, but talent, belief, and courage will always win. And I can’t wait for us to start rehearsals, I really can’t. It’s got to be exciting to me, “This is exciting,” and adding another spice to an already good cocktail.”

In terms of why the song “Always The Same” was not included on the Flesh & Blood album, Coverdale indicated: “Well, it’s hard to go into some of the reasons why. But I was late delivering the album, you must remember I was recovering for a long time from having knee replacement surgery on both knees. So, I mean, the fact that I even fucking managed to do an album was remarkable and hardly surprising that I was late delivering. So, I gave Frontiers two extra songs outside my contract. And that was when I respected them. There was another song, another one or two, I’d already given them more than the contract, being the generous soul I am. Was it appreciated? I don’t know.”

Whitesnake‘s “Always The Same” video (from the Rock Album):