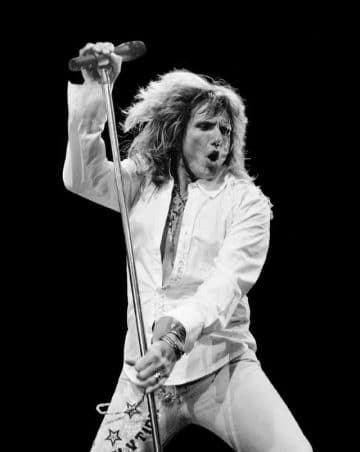 In advance of the release of the 30th year anniversary deluxe edition of their multi-platinum selling self-titled album, Whitesnake have released a new video for their smash prior #1 hit “Here I Go Again.”

Sleaze Roxx stated the following in its review of Whitesnake‘s self-titled album: “This was the breakthrough album for David Coverdale and company, making Whitesnake a household name on its way to selling over six million copies in America alone. Songs like “Crying In The Rain”, “Bad Boys” and “Children Of The Night” rock out, and they weren’t even among the four charting singles! There were also hit singles “Still Of The Night” (#79), “Give Me All Your Love” (#48) and the beautiful ballad “Is This Love” (#2).

Despite all of these great songs, no one that grew up in the ’80s could forget the sight of Tawny Kitaen dancing on automobiles in the video for the #1 smash hit “Here I Go Again”. In fact the videos were in such regular rotation on MTV that Tawny actually got her got her first big break on the small screen, and she went on to become Mrs. David Coverdale (a marriage that was short lived)). It is interesting to note that the band members on the album didn’t actually appear on the videos or the accompanying tour. The musicianship is fantastic throughout the album! Whitesnake 1987 is without a doubt a melodic rock classic, and receives two thumbs up!”

New official video for Here I Go Again!1987 Deluxe is OUT NOW on CD, Vinyl, Download and a 4CD/DVD collection which includes unreleased live and studio recor…