New York glam rockers Wicked have released a video for their song “Radio Brain” from their new EP Rock N’ Roll , which was released a few months ago. 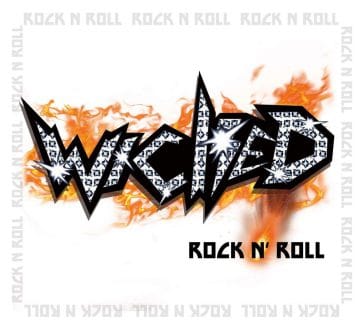 Back in August 2015, Mark Sisti of the Utica Observer-Dispatch interviewed Wicked bassist Danny Doll and wrote in part about the band’s beginnings:

“Wicked began in 2012 when two Utica brothers, singer-guitarist Chad Michael and bass player Danny Doll joined with drummer JP Clubs and guitarist Scotty V. They set out to recapture the bombast and sizzle of ’70s music, specifically the arena rock scene. Clubs had to step down recently after suffering severe headaches and vertigo when he played (he’s doing well, I’m told) and was replaced by Gunnar Coston.”