Wicked Smile featuring The Radio Sun guitarist Stevie Janevski have released a video for their new single “Killer At Large” which will be on their upcoming debut full-length album, which will be available in mid-2021. 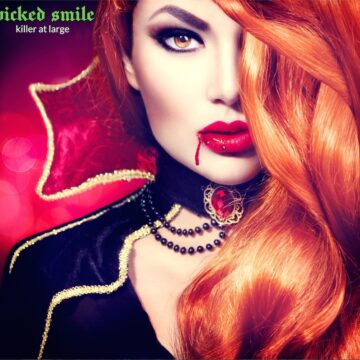 “Australian heavy rock band Wicked Smile have roared into 2021 with a brand new single titled ‘Killer At Large’. This follows on from their 2020 debut EP titled ‘Delirium’ to very favourable reviews. The new single is again produced by Paul Laine (The Defiants) and mastered by Bruno Ravel (The Defiants / Danger Danger). Guitarist Stevie Janevski goes on to say, “Last year was all about giving the world a ‘taste’ of what we’re about. We’re a five piece kick ass heavy rock band and I think we made our presence known with the release of our Delirium EP”.

The new single ‘Killer At Large’ will no doubt be another talking point with its bombastic wall of sound. Vocalist Danny states, “this is my favourite song so far. It’s heavy, yet melodic and the song fits in perfectly with what we’re about. The energy from the entire band is amazing”.

All of the boys in Wicked Smile were overwhelmed by the positive response from the underground rock and metal community. The band received great support from Internet Radio who played the band’s songs, with some stations putting them on heavy rotation. Steve Price at ARfm radio called the band “kickass Australian rock with killer vocals”. Wicked Smile were Number 1 on 97 Underground, Power song of the week on the Nite Flight Rock Show and the Number 1 song on the Friday Night Rock Show.

Vocalist Danny says “I’ve really enjoyed putting my stamp on these songs. It’s allowed me to put my heart and soul into them and really capture the emotion of the lyrics. We cover important issues such as government and decision making in the song ‘We Fall’ and discuss the human state of mind in ‘Daze of Delirium’. Another talking point is the track ‘Stronger’ which was written by Stevie to highlight the issue of bullying in schools and in society as a whole. Songs like ‘Love’s Got A Hold On You’ sound huge. Our shows are loud and proud!”

Fans of bands such as Judas Priest, Iron Maiden, Dio, Skid Row, etc. should feel at home, with the band drawing major influence from seventies and eighties heavy rock and heavy metal.

A recent Webfest live appearance via the New Wave Of Classic Rock Group was applauded, with many calling Wicked Smile the pick of the bunch. Look out! There’s a Killer At Large! Wicked Smile will release their full length debut album mid-2021.”