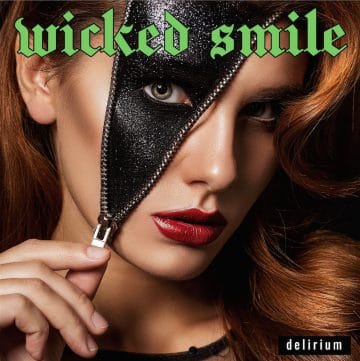 “Australian heavy rock band Wicked Smile have announced ‘Delirium’ as the title of their forthcoming debut EP, which is set for release on July 1st.

Guitarist Stevie Janevski goes on to say, “Our two released songs have received such a fantastic response worldwide that people wanted to hear more right away. This was particularly pleasing to both Danny and I. We were both overwhelmed by the positive response, whether it be via personal messages, YouTube comments or via our Facebook and Instagram accounts. It was also fantastic to have so much support from Internet Radio who got behind us by playing our song, with some stations putting us on heavy rotation”.

Fans of Judas Priest, Dio, Skid Row, etc. should feel at home, with the band drawing major influence from seventies and eighties heavy rock and heavy metal. Another talking point is the track ‘Stronger’ which was written by guitarist Stevie to highlight the issue of ‘bullying’ in schools and in society as a whole.

The Wicked Smile Delirium debut EP (jewel case CD) can be pre-ordered now directly via the band here at https://store21429008.ecwid.com/

*All pre-orders will be signed by Danny and Stevie.”