Aussie rockers Wicked Smile have unveiled a video for their new single “Last Goodbye” from their upcoming debut full-length album Wait For The Night, which will be released on September 24, 2021. 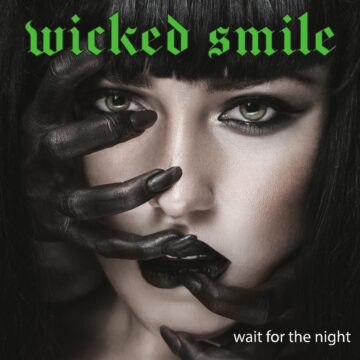 Wicked Smile are all about bringing back fist pumping heavy rock to the forefront with a collection of ten ‘killer songs’. The forthcoming album is produced by Paul Laine (The Defiants) and mastered by Bruno Ravel (The Defiants/Danger Danger). Guitarist Stevie Janevski goes on to say, “last year was all about giving the world a ‘taste’ of what we’re about. We’re a five-piece kick ass heavy rock band and I think we made our presence known with the release of our Delirium sampler ep”.

Lyrically, ‘Wait for the Night’ explores current issues within society such as civil unrest, bullying and mental health.

The band has been overwhelmed by the positive response from the underground rock and metal community. Steve Price at ARfm radio called the band “Kickass Australian rock with killer vocals”.

Get ready to hear one of the best heavy rock album’s of 2021.

View the video for the new single ‘Last Goodbye’ here :

Pre-order a signed copy of the debut full length album ‘Wait For The Night’ via the Official Wicked Smile store :