Wicked Smile unveil video for ballad “Don’t Wait For Me”

Aussie rockers Wicked Smile consisting of lead vocalist Danny Cecati, guitarists Stevie Janevski and Dave Graham, bassist Glen Cave and drummer Jason Tyre have unveiled a video for their ballad “Don’t Wait For Me” from their debut full-length album Wait For The Night, which was released on October 14, 2021. 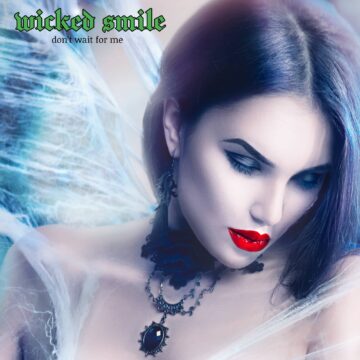 “”Don’t Wait For Me” is the emotional new single from Australian heavy rockers Wicked Smile.

The single comes off the critically acclaimed debut album ‘Wait For The Night‘ out now on CD and on all digital platforms.

With a heartfelt performance by powerhouse vocalist Danny Cecati, “Don’t Wait For Me” highlights a different side of the band. Acoustic guitars and choirlike synth set the scene before the full band joins in with drums, bass and distorted guitars. Lyrically, the song explores the aftermath of dealing with human loss.

Produced by Paul Laine (The Defiants) and mastered by Bruno Ravel (Danger Danger / The Defiants), the band members have without a doubt unleashed one of the Albums of The Year in ‘Wait For The Night‘.

Available in the U.K. via Cargo Records and in Japan on Bickee Music.”

Sleaze Roxx stated the following in one of its two reviews for Wait For The Night: “The first thing to note is that of the ten tracks on the album, six are brand new compositions and four are tracks that were previously released on the Delirium EP. I suspect the reason for this is because of the overwhelmingly positive response the band received for the EP, that it was only natural for them to try and capitalize on that quickly with their new batch of completed songs. Therefore, if you were lucky enough to pick up one of the limited physical copies of Delirium, you could potentially be holding onto a future collector’s item. For the purposes of this review, I will forgo commenting on the songs “We Fall”, “Daze of Delirium”, “Love’s Got A Hold On You”, and “Stronger”, as the previous EP review should suffice. Ultimately, I will say that those songs are all fantastic riff driven heavy rock, with plenty of melody, lots of energy and great performances all round.”