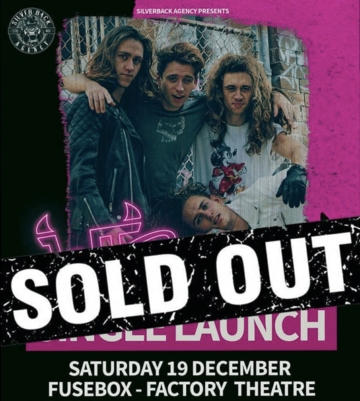 Australian rockers Wicked Things have released a video for their latest single “Heartbreaker.”

The clip was produced by Treason Flowers which is a video production company from New South Wales.

Wicked Things‘ Facebook bio states (with slight edits): “Wicked Things is Sydney’s own home grown slice of rock n roll the way it should be done. We’re an originals playing four piece band of brothers that is heavily influenced by ’70s and ’80s rock n’ roll. The band consists of Blade Hills (lead guitar), Gericho Hills (lead bass), Cooper Hills (lead drums) and Kaleb Hills (lead vocals). We’ve just come back from a four month tour of Europe so we know for a fact that the earth has an itch that needs scratching and that itch is called rock n’ roll. We have a one speed gear box which screams blistering, grinding rock n’ roll with big riffs, thundering drums, face melting guitar solos, heart stopping bass lines and to top it all off we have the craziest, sexiest, most athletic front man anyone has seen since Axl Rose and Diamond Dave themselves.

The band’s upcoming single launch for “Heartbreaker” scheduled at The Factory Theatre on December 19, 2020 has sold out.