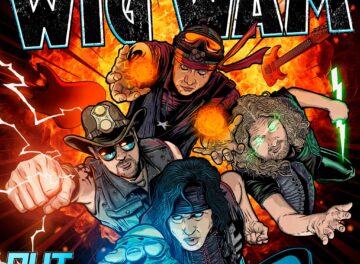 Norwegian rockers Wig Wam consisting of Glam (Åge Sten Nilsen) on lead vocals, Teeny (Trond Holter) on guitar, Flash (Bernt Jansen) on bass and Sporty (Øystein Andersen) on drums have unveiled a video for the title track of their upcoming studio album Out of The Dark, which will be released via Frontiers Music Srl on February 10, 2023. 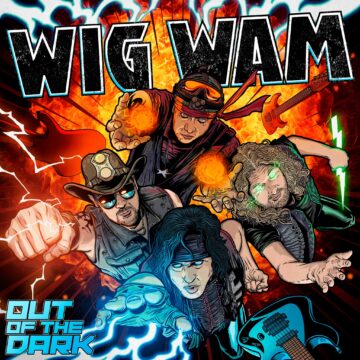 “Coming on the heels of renewed, enthusiastic interest in the band thanks to their classic track ‘Do Ya Wanna Taste It’ being used as the theme song for HBO‘s popular Peacemaker television series, “Out Of The Dark” sees an already extremely talented band feeling truly reinvigorated and inspired.

“We came out of the pandemic and had a pretty rough ‘rebirth’ doing a comeback in the midst of this dark period of live music. The album is, of course, also a ‘happier’ album, even though some of the song lyrics reflect on darker themes in our society, but they all have one thing in common: A positive outcome. Never giving up,” explains vocalist Åge Sten Nilsen of “Out Of The Dark“.”

Wig Wam‘s “Out of The Dark” video: