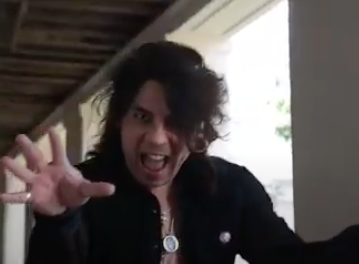 Richards was asked what would be his dream festival or band to play with to which he replied (with slight edits): 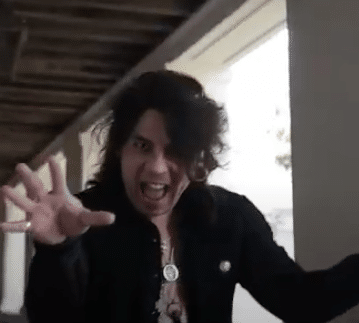 has opened up for many national acts like Y&T, Dokken, BulletBoys, Autograph, Vixen, Faster Pussycat, Pretty Boy Floyd, Enuff Z’ Nuff, L.A. Guns, Jeff Scott Soto, Great White, Bang Tango, etc. Even though I respect the past, I feel like I have an obligation to continue to dedicate my career to keep the hair metal genre alive for future generations to come. With that said, I embrace and support the New Blood of Hair Metal Bands that are currently out there like Crashdïet, Santa Cruz, Lipz, Wildstreet, Wicked, H.E.A.T, Gunner, Reckless Love and so many more. They are the present and the future. Wikkid Starr continues to play the music that we do but we’ve also adapted and embraced the new wave of hair metal bands. We are part of this movement.

I would love to do a two-day festival with Crashdïet headlining Day One and Reckless Love Day Two. Put eight bands on Saturday night and eight bands on Sunday night for a total of 16 bands. Two nights of hair metal madness. This is how I envision the line-up for Saturday night – Day One Headliner: Crashdïet then the support slots would be: H.E.A.T (direct support) then Wicked, Shiraz Lane, Lipz, Gunner, Love Stallion and opening up the festival on Day One would be Temple Balls.

Sunday Night – Day Two Headliner: Reckless Love then the support slots would be Santa Cruz (direct support) then Wildstreet, Wikkid Starr, Löve Räzer, Midnite City, Crazy Lixx and opening up the festival on Day 2 Catalano. I envision 22 dates worldwide — five dates in Europe, five dates in the USA, three dates in Canada, three dates in South America, there dates in Australia and three dates in Japan. This sort of tour would help solidify the genre and expand the following of all bands involved. It a win-win-win.!! Promoters are you listening?? Make it happen!!”

You can read the rest of the interview with Toney Richards at Hair Spray Heaven‘s website.