Wild America release new song “Is Anybody Listening?” for streaming 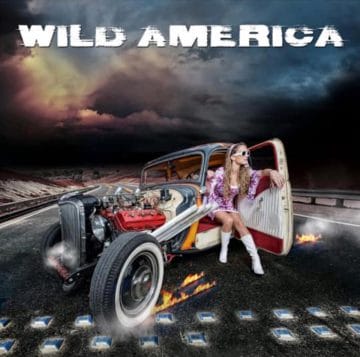 The following message was posted in part on Kivel Records‘ Facebook page back on November 2, 2018 (with slight edits):

“It’s TGIF and it’s 5 ‘ o’clock somewhere. So how about we give everyone a sneak peek ? Wild America Killed it at Rock N Skull this past weekend in Illinois. Now, we dropped one song already, and we unveiled the killer album art to a great reception.

We are determined to not only get you excited for this release, but make it almost impossible to say NO to this band !

So are you listening Facebook? Hit the below link and hear “Anybody Listening” by Wild America!! Available the end of Nov on Kivel Records.

If you like what you hear, PRE ORDER HERE.

ALL Pre orders will be signed by the band. No cut off date. If you order it before we get them in stock, the band WILL sign your copy.”

Wild America‘s “Is Anybody Listening?” song:

Wild America “Is Anybody Listening” by Kivel Records

Simply put, ARENA ROCK at it’s best!! Hit play, turn it up and sit back. Wild America “Gasoline” Due End of Nov on Kivel Records.