The DDR Music Group has released an album titled Risen! from the group Wild Boyz, which consists of unreleased recordings and demos. 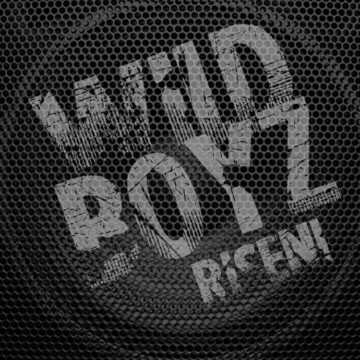 “Come one, come all…to the final chapter of the Wild Boyz trilogy.

Hopefully by now you’ve got your copy of Dorian Gray which was the initial Hollywood concept that would eventually become the Wild Boyz (albeit with 3 additional members). DDR has also made available the remastered version of the underground cult classic ‘Unleashed!‘ featuring the bands outstanding signature track “I Don’t Wanna Cry No More” as well nine additional songs that many would come to know and love the boyz for.

Now we have come to the definitive last chapter with the release of ‘Risen!’. Many times we get asked to release every song and demo a band has ever put fourth but are forced to leave some songs behind due to sonic quality, in this particular case we broke all of our own rules and are giving you everything that was left of the Wild Boyz! Different styles and sounds take you on a journey to what would eventually lead to the end of the road for the band but we felt it imperative to get these songs out to the fans. We’ve got tracks that were being readied for their follow up album to ‘Unleashed!’ as well as demo songs that were recorded during  the ‘Unleashed!‘ sessions and didn’t make the cut.

The Wild Boyz can always be proud of the mark they left on the Sunset Strip scene during the late 80’s and early 90’s and this release should put any fan of the band’s mind to rest knowing they have everything they ever laid to tape in their hands. Get ready to crank it up to maximum volume to annoy the neighbors one last time…all in the name of the Wild Boyz!  Gone but never forgotten!

The album had been completely restored to the best sonic quality we could achieve with what we has to work with and comes packaged in an 8 page booklet with a full set of lyrics. We’ve also included liner notes written by band founder and drummer K. Lee Lauren breaking down each song and where it fits in the realm of Wild Boyz history.

This CD is silver pressed, officially licensed from the band and is exclusively available through the DDR Music Group. Get your copy today!

Check out the Wild Boyz biography below:

In the summer of 1989, drummer/songwriter K. Lee Lauren and bassist/songwriter Joey Wylde formed the Wild Boyz from the remnants of their previous band, Dorian Gray. Dorian Gray only played a little more than a handful of gigs on the Sunset Strip between 1986 and 1988, but they sold out every performance they played, even 3-headlining gigs held at the famous 1,000-seater Country Club. This was the very same venue where, Sylvester Stallone saw the fight that inspired the motion picture, “Rocky”. After a nation-wide talent search and with the addition of vocalist Willie D. and guitarists Valentino and Matt Steavanz, the band was ready to set “The Strip” on fire again.

But this band wasn’t simply just another band, this band was a master plan. Writing and rehearsing up to 50 hours a week for many, many months straight, and knowing they had something special, Lauren and Wylde set out to give the world what they felt was the most talented, most entertaining, and most hard-working band to ever come out of LA. Within months they were back on top, selling out every club performance they contracted to. This time, the LA Fire Marshall came calling, stating that their attendance was “too big” to be safely held at any of the LA-based clubs. So, they compromised, they would allow the Fire Marshall to segment their audience into 20-minute portions during their ‘hour-and-thirty’ minute scheduled performance. This worked well, it also enabled them to advertise their attendance records before and after every show. By this time, “The Boyz” had garnered national media attention and plenty of record label attention as well, along with numerous guest appearances from big-time players like Jon Bon Jovi, Jani Lane and members of the “who’s who” of practically every A-list musical artist in Hollywood at the time. Using two specified live performances as showcases, they attracted the attention of start-up indie label, Polaris Records, which eventually came with a major distribution deal in several countries. They were on their way – or were they on their way out?

Recording their debut release, “Wild Boyz Unleashed!” for under $20,000 in 1990, opting to spend their budget on lensing a video for, “I Don’t Wanna Cry No More”, in addition to bankrolling a touring package to enable them to perform for and meet their fans, they planned and prepped the, “Unleashed! In Your City” tour, heading out onto the road in late 1991 to support, “Unleashed!” Although the Wild Boyz were very well received on tour, selling out many of their headlining gigs, as well as support shows opening for artists such as Stryper, Britny Fox & Shotgun Messiah, and even though their radio-friendly, “I Don’t Wanna Cry No More” was burning up the likes of both AOR and CHR radio, in addition to college radio stations throughout the US, and MTV was airing the video in light rotation, their days were numbered.

It was now the summer of 1992 and like a thief in the night, Grunge had been crowned the new King, dominating both National radio and MTV, this new-fangled music style was everything the Wild Boyz were not. Grunge was the new future of music, leaving image-based acts like Wild Boyz to either die a slow death or to fade away gracefully. Fortunately, “The Boyz” chose the latter. Much has been said about the Wild Boyz in the years that have passed, much is wrong. In truth, they were a rare live act, with more energy and showmanship than many a rock legend. “Unleashed!”, is 10 songs that were never intended to be taken too seriously, released by a band that took what they did, and how it impacted their audience – very seriously!”