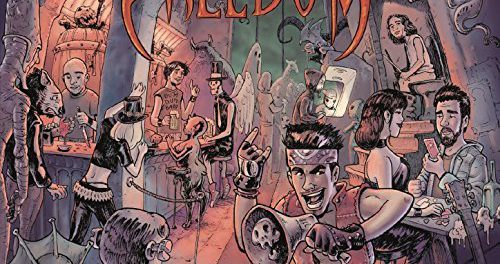 Spanish sleaze rockers Wild Freedom have released a video for their song “Ain’t Coming Home” from their debut album Set The Night On Fire. 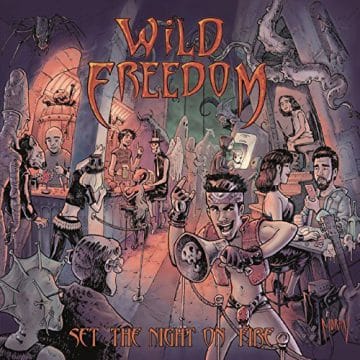 “Bad people say that three deranged deadbeats (Ian Wilde, Adryen Rock and Chris Carrest) decided to join forces to form a rock band. The goal was crystal clear, to write music full of adrenaline and preach the free will with a show where anything was possible because, if three fools who didn’t knew each other previously could join and write killer rock’n’roll tunes, then, anything was possible.

The formation suffered some changes until the arrival of David at the bass guitar, when the band finally glued together. The moment came after many shows with both national and international bands and their demo ‘Join the Freedom‘, to raise the bar. So that, Jimmy Q, a dangerous music outlaw, joined in. Filled with dreams and night time rehearsal madness, they set out to record what it would become their first studio album ‘Set the Night on Fire‘.

Now, with their first album and empty pockets they’ve set their next goal on setting the night on fire of every city with tons of rock, killer riffs and party until their bodies break.”

Sleaze Roxx stated the following in its review of Wild Freedom‘s Set The Night On Fire album: “In conclusion, take a good long listen and an equally long hard look at Wild Freedom as they are a new band deserving of our attentions. Their debut is very solid with plenty of reasons for even the hardened critics to be surprised by a riff or a chorus or verse and have something to crow (positively) about. As I am sure you’ve gleaned from reading thus far, I dig them and they stomp all over all my favorite elements of sleaze, metal, hard rock and are a strong band playing even stronger songs. The band blatantly wears on their sleeveless denim vests the brands of their heroes both old and new in the likes of Ratt, KISS, Skid Row, Crashdïet, Eclipse, Guns N’ Roses and Hardcore Superstar. That said, I wouldn’t be surprised if any of the bands mentioned wouldn’t proudly wear a Wild Freedom t-shirt (which is bad ass by the way)!”