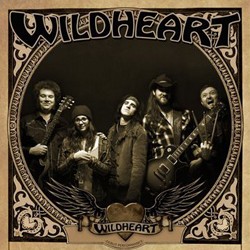 Wildheart Ready To Make Their Debut This January

This New Year marks the debut of a new band that will no doubt garner some big attention and build momentum quickly. Wildheart (not to be confused with the now defunct British rock act The Wildhearts) is a variable supergroup of spectacular, yet still relatively unknown, Canadian musicians who have all been paying their dues in various other projects for years now.

Lead singer Cody V (Vaillant) caused a few ripples with his independent solo record several years back and continued to turn heads for the past few years fronting the cock-rock spectacle that was Love Candy. Vaillant left Love Candy and moved to Toronto to form what would become Wildheart. Teaming up with Scotty B. Goode (ex. Black Napalese, Brown Sugar Band) and his good friend Lewis Piquet Whistle-Mrotzek (think a young Stevie Ray with a hard-on for the Grateful Dead), the group’s song writing core was born and, according to those close to the band, has accumulated enough original material to ensure that any debut recorded effort will not be a one off… but only the first of many releases.

Not much is yet known about this group… only that they hit the stage for the first time ever on January 12th, 2013, at the Bovine Sex Club in downtown Toronto for what is sure to be an all out rock and roll party.

You can find more information on Wildheart and their debut gig by visiting www.facebook.com/wildheartrock.