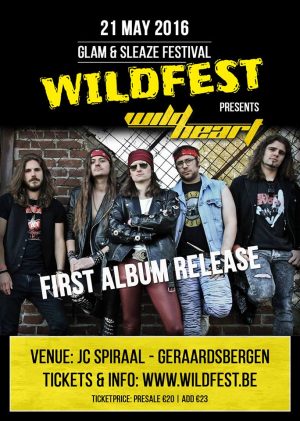 Belgian hard rock / sleaze / glam metal band WildHeart will be releasing their first full-length album at Wildfest that will take place in Geraardsbergen, Belgium on May 21, 2016. Wildfest is a glam and sleaze festival consisting of seven bands playing in one night, which includes Crazy Lixx, Crucified Barbara and Hell In The Club.

About a month ago, WildHeart announced on their Facebook site: “There you have it, boys ‘n’ girls! The wait is almost over. We will officialy release our first full-length album at this little party called WildFest!! Mark your agenda on May 21st as “Time to go bananas”, because we sure will! ‪#‎wildfest‬ ‪#‎allsystemsgo‬”

The Belgian group’s bio on its Facebook site states:

“WildHeart is a Belgian hardrock/sleaze/glamband that could’ve come straight from 1984 to play their music today. Screaming guitar solos, catchy riffs, a lot of rock ’n roll and a high sing-a-long catchiness are key element to any 80s show and WildHeart makes no exception. 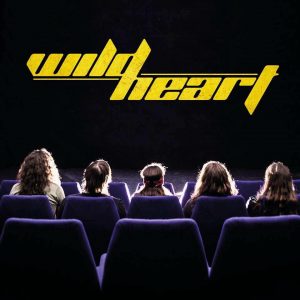 They found their inspiration among bands like Whitesnake, RATT, Mötley Crüe, Dokken, Van Halen and many more who all aspire them to do what they do. Reliving the 80s feeling on stage and showing the people a good time with music is by far their one and only goal.

The band was formed somewhere around march 2014 and has a line-up combining a diversity of musicians originating from pretty renowned bands like IC/TC, Warckon and Rosevalley Rebels. The newest addition to the rock and roll scene is Farty, who has proven himself to be an excellent lead singer.

In the time they’ve been active WildHeart has come known for their powerfull live performance and the fans are loving it.”

Tickets for Wildfest can be purchased at the festival’s website.