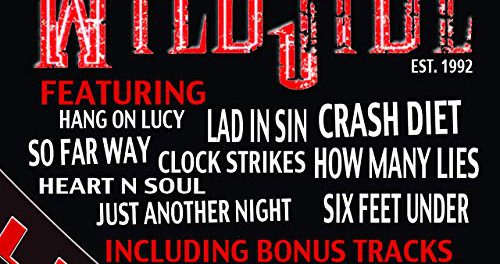 We may never get an original line-up reunion for WildSide comprised of lead vocalist Drew Hannah, guitarists Brent Woods and Benny Rhynedance, bassist Marc Simon and drummer Jimmy Darby but the band has just released a live album titled WildSide (Live) consisting of nine tracks recorded back in 1993 and two bonus tracks — a demo version of “The Day Rock Died” and the song “How Can You Love Me.” 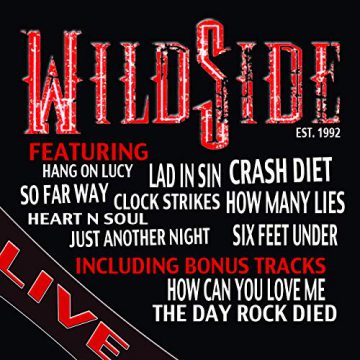 In an interview almost two months ago with Sleaze Roxx, Rhynedance explained why he has never taken part in reunion shows with the rest of the classic line-up WildSide guys. Rhynedance advised:

“I’d be surprised if the other guys do any other shows. The number one question at any of these random four to five reunion shows has always been, ‘Where’s Benny?’ [Laughs] True. The three of us just don’t understand each other any longer, and precisely what each of us are about now. We are slowly pushing 30 years later, and there is anger there that is way too strong for this amount of time passed. I don’t understand it. Kind of a shame and a waste of energy in my eyes. 2022 should be the next round of two reunion gigs in Salt Lake City. I’ll be ready for the call. Ha!

I always wanted to take part, but I wasn’t invited, or even in touch with Drew or any of the other guys since 1994. They all live in LA. I ended up in Las Vegas and eventually back to where I grew up in the Seattle area. 2016 was the closest we ever came to a full original line-up reunion. I was back in the band for about two minutes when Drew and I were talking. Then I wasn’t after Woods got involved [laughs]. Just didn’t materialize. I wish the band still sounded like it once did, but it just doesn’t now.”