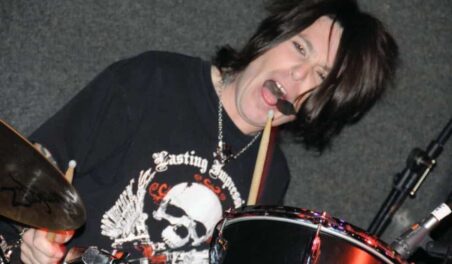 Wildstreet frontman Eric Jayk was left in a tough spot when his bandmates including guitarist Crispy Borell apparently decided to leave the band last month even though there were more gigs lined up for the group during the month of August and September including the prestigious Rocklahoma festival, which will take place in Pryor, Oklahoma, USA from September 2 to 4, 2022. 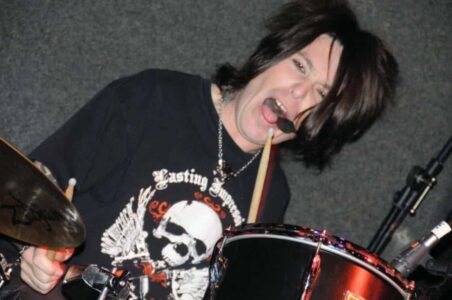 Jayk then took to social media starting on August 3, 2022 to try to recruit new “reliable” and “professional” members by asking people to send videos of them playing any song from Wildstreet‘s latest studio album III.

Based on Vincent‘s Facebook profile, the drummer is 50 year old, lives in the state of Massachusetts and studied music at North Shore Community College. Vincent has previously played in a number of groups including Sins of America (featuring current Midnite City frontman Rob Wylde) and Damn Shame.

Goiricelaya‘s LinkedIn profile indicates: “Started music at the age of 7 but began my work in the field ten years later upon joining the southern westchester Boces sound production team. For two years I’ve learned and built a better understanding on music composition, production, recording, and stage setting. Through the program I landed several festival gigs setting and mic-ing up stages over summer of 2019, later that year I had the honor of working with the sound crew for Toto for their capital theater show after receiving an offer with a “customer” from my time working at Sam Ash Music stores. From there I was working at least 3 nights a week working sound and as a studio musician for different venues and performing acts. Unfortunately the covid pandemic struck me out of work but now that it’s lightening up and venues are back open, I’m hoping to get back into the game full time. Any sort of work in the field of music/sound production is the place for me to be.” 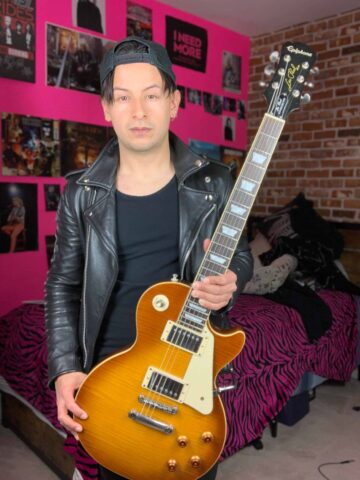 According to Cevallos‘ Facebook profile, the guitarist runs the Haven of Rock Podcast. Cevallos describes his podcast as follows: “My name is Kevin and my mission is to help musicians improve their lifestyle and musicianship. Throughout the years of listening and learning about current and past rockstars, I became interested on how a healthy lifestyle can impact creativity. Throughout each episode I will talk about developing a stronger mindset, maintaining good habits and re-connecting with your creativity. I will also be bringing you into the journey of stablished and up and coming musicians who practice maintaining a healthy lifestyle.” Interestingly, Cevallos interviewed Jayk for the Haven of Rock Podcast about three months ago.

Speaking exclusively to Sleaze Roxx, Cevallos provided some of his background and explained how he obtained the Wildstreet gig. “So originally I come from a conservative family, I always wanted to do music but since none of my family has pursued a career in the rock music field, I did not receive support until much later. My family suggested me to pursue graphic design, since I was always drawn into art. I graduated from college with [a] fine arts degree in graphic design, but decided to take a new career path to focus on my passion which is being a professional musician, and entrepreneur. Even though I don’t have a music degree, I’ve been playing guitar for 15 years and have been trying to look for an opportunity like this for a few years now. I am influenced by hair metal and have made my mission to keep playing rock n roll.

After college, I started working at Sam Ash Music stores, which is were I met Mike [the new Wildstreet bass player]. We were actually co-workers [laughs]. I decided to start working at Sam Ash to gain more knowledge about gear, instruments and network with musicians. Mike started working a few months after I did and he was knowledgeable about audio equipment and was a quick ass musician. He quit right before the pandemic started and they fired me as the pandemic started as well.

During 2020, I discovered Wildstreet, and have been a fan of the band ever since. After a while [last week], I auditioned for Wildstreet after the band had left Eric. Eric and Jen [Eric’s wife] liked my audition and asked me if I knew any other musicians. Rolling the dice, I gave Mike‘s contact [info] to Jen and to my surprise, Mike accepted the gig right away.”