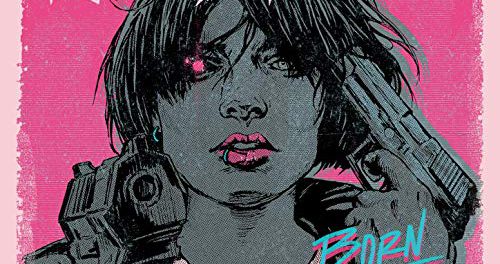 Wildstreet release lyric video for new single “Born To Be”

New York rockers Wildstreet consisting of band founder / frontman Eric Jayk, guitarist Jimmie Marlowe, bassist Jonny D, lead guitarist Dom and drummer Lock have released a lyric video for their new single “Born To Be” which will presumably be on their upcoming new studio album Wildstreet III. Wildstreet have currently started their Kings of The World Tour, which will take them to Canada, the USA, the UK, Mexico and Colombia. 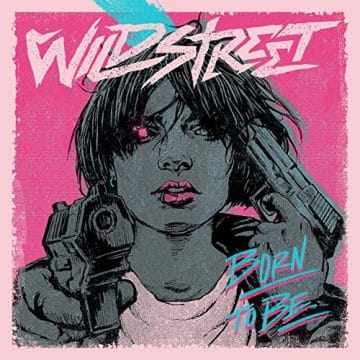 Sleaze Roxx interviewed Wildstreet frontman Eric Jayk back in early February 2017 and the singer stated as follows about his band’s new line-up: “Wildstreet’s line-up consists of myself on lead vocals and guitar, Jimmie Marlowe on guitar, Jonny D on bass, Dominick Martes on guitar and Lock Driver on drums. All four of the guys provide background vocals. I first connected with Jimmie back in 2005 when he answered my Craigslist ‘guitarist wanted’ post. After annoying him five or six times for a current photo, he came for an audition. He got the gig immediately and we have been best friends ever since. Soon we parted ways with the band that he had just joined and the two of us decided to write all new music. We completed the first four songs of Wildstreet’s self-titled debut EP and we were playing for gigs for a year or so with a hired rhythm section. Then after finishing writing and recording the remaining half of the EP, we sought out permanent band members. In 2009, we signed our first “record deal” with Retrospect Records and released Wildstreet in 2009 and went on tour for ten weeks coast-to-coast and made our Rocklahoma debut. That was our beginning. Jimmie and I lived the party, but songwriting always came first. We managed to write badass music and destroy every photo studio!

Jonny D was the first one I asked to be part of Wildstreet circa 2017 after Jimmie! Jonny D is the singer and visionary of The Nasty Things and played bass in Acey Slade’s band. I produce and play bass in his band. The rest of the band consists of Mach22 drummer Damian Montecarlo and guitarist Jaster Leon who plays [with] The Party Death and Rachel Lorin. I met our drummer Lock through my friend Felix. Felix and I started Rave La Kill in 2013. Lock plays in Felix’s band. He is a great drummer, a good dude and is a singing drummer, which rocks! We have just added guitarist Dominick Martes to the band… Again, he responded to my add on Craigslist, which I posted anonymously. He is a star!”

Wildstreet‘s “Born To Be” lyric video:

Listen to ‘Born To Be by WILDSTREET on Spotify ► Apple Music ► Deezer ► Amazon Music ► Save now! https://ffm.to/wildstreetborntobe#KingsOfWorldTour►Get Tic…