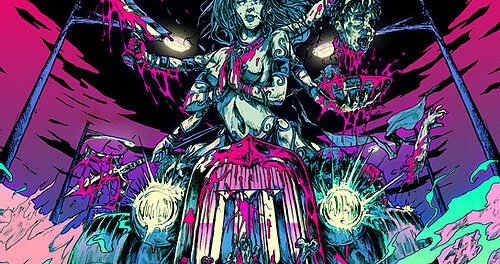 New York rockers Wildstreet have unveiled a lyric video for their latest single “Mother” from their upcoming album III, which is now available for pre-order via their website. and will be released on June 25th. 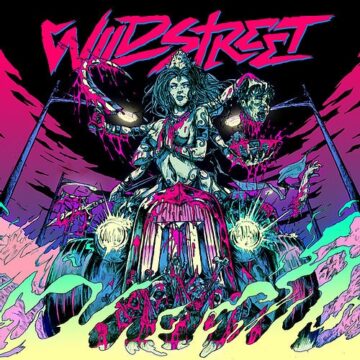 Wildstreet‘s Bio on their website indicates as follows for the lead up to their upcoming new album III:

“The band began work on their single “Raise Hell” after Rocklahoma. Released in December 2017, it ushered in a new period for the band. They headlined Irving Plaza for the single’s release party, and was handpicked by Dorothy to open for her New York City tour date at The Bowery Ballroom. In February 2018, the band released a lyric/concert video for “Raise Hell.” Wildstreet spent the remainder of 2018 in the studio recording, Wildstreet III. They performed regional tour dates/festival dates. Highlights include: opening for Sebastian Bach and Escape The Fate. In March, the band sold out The Knitting Factory Brooklyn and then headed out on their first tour in Europe, playing 10 shows in Belgium, The Netherlands and Germany, including Sleaze Fest 2019 in Bochum, Germany.

Upon returning to NYC, Wildstreet filmed the official music video for “Tennessee Cocaine.” In July, they headlined a sold out NYC show at Saint Vitus and headed out for a short West Coast tour which included stops at the Whisky A Go-Go and Great American Music Hall. The official music video and single for ‘Tennessee Cocaine’ was released on all major digital and streaming platforms August 23, 2019. They released “Three Way Ride” and “Born To Be” before signing to their label, Golden Robot Records. Since signing, Wildstreet released ‘Still Love You’ single and official music video, and ‘Set It Off,’ which is currently on Spotify’s ‘Hard Rock’ playlist. Both songs have reached #1 on 97underground.com. They recently completed a two and a half week tour in the USA, the first of 2021, and will co-headline ‘Rock N Roll Weekend‘ on Swiss Rock Cruise in late-June. Their new single ‘Mother’ will be released May 17th via Golden Robot Records, as well as their long awaited full length album ‘III‘ on June 25th. They have tour plans throughout the year in the USA, and confirmed Rockfest 2021 in July.”