France based Will Atkins’ Starblast has released a video for his song “Miss Obscene” which features singer Jamie Sloane. 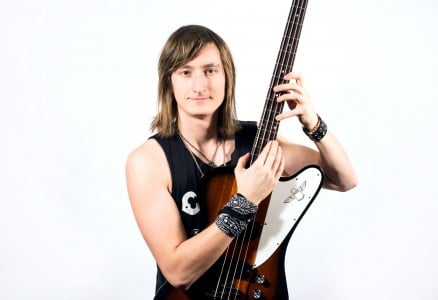 Speaking exclusively to Sleaze Roxx, Will Atkins commented on Will Atkins’ Starblast appearing to be a one man band when he stated, “It’s kind of true in the way I am the only permanent member in it. I don’t want it to be a “fixed” nor real band. There are many people with such great talents out there — singers, guitarists…  So, I got the idea to make songs with each of these guys that would showcase their singularity. A bit like Slash‘s first solo album on which I like the contrast between each of the guests. I see it as a collision point within the hard rock world with each of them resulting in a different song. Hence the name!”

Living in Paris, France, Atkins is well positioned to comment on the hard rock / heavy metal music scene in Paris as he stated: “We’ve got a bunch of people keeping the good music alive! I’d say fewer than in London, but we pretty much all know each other, and this feels like a family! There are quite a few bands out there. I’m thinking of Black Rain, Voltrage, Higher Than, Wizzö, Hellectrokuters… I also have this ’80s tribute band called Showtime Hard-Rock Tribute where we play all the classics from that era. Then of course, there are some inescapable rock hangouts such as the “Pacific Rock” or “Dr Feelgood’s Rock Bar.” 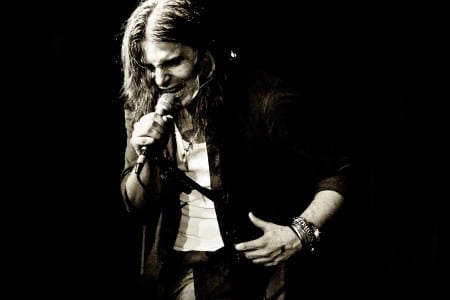 Atkins advised how and why he got Jamie Sloane involved in his project: “Well, it all started back in London. I got to live there for a few months, and I used to hang out at a bar called the “Big Red.” A friend of mine we nickname “Blanche” — not sure where that comes from — introduced me to Jamie. We found out we both liked the same hard rock bands — Winger, Mötley Crüe, Guns N’ Roses, etc — so we started to hang out! At the time, I already had some songs written but didn’t know what to do with them. Jamie had this band called Whisky Blood and I thought the singing on their tracks was right on! Kind of sleazy rock n’ roll… So I thought, “Why not record something together for fun on a track, and see what happens?” A few weeks went by, I went back to France and we started exchanging this track called “Miss Obscene.” Turned out, it was a perfect fit for Jamie. He wrote some cool lyrics and came up with most of the melody on it. So he then flew off for a weekend in Paris and we recorded it within a day. I think the track pretty much reflects my days back in London — lots of parties and original people there!”

In regard to his future plans for Will Atkins’ Starblast, Atkins stated: “I’ve got a few original tracks and covers with guest singers coming. My plan is to make featurings with more guys from the young — and not-so-young — rock scene, and from places all over the world! USA, Australia… I’d love that ! Just like this one-off with Jamie which pretty much sums up a good time we spent making music together, I think this would be really cool to see what happens… As long as it stays heavy metal!”